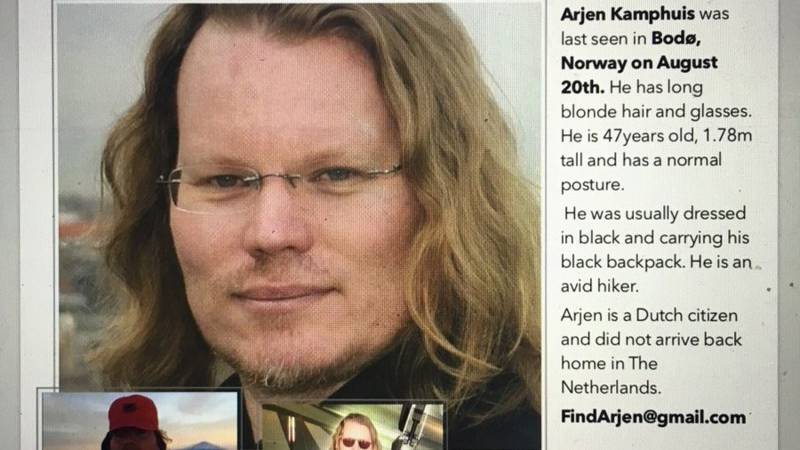 Police in Norway say they have found a collapsible canoe which belongs to missing Dutch cyber security expert Arjen Kamphuis.

The canoe was found a day after several other items owned by Kamphuis turned up on the coast, east of Bodo where he was staying when he disappeared. He is known to have bought a canoe to use in the Norwegian fjords.

Norwegian television station TV2 also claims that a fisherman found Kamphuis’ identity papers close to where the canoe was found. Police have declined to comment on the other findings.

Kamphuis was last seen in Bodo on August 20 and should have returned to the Netherlands on August 22. On September 6 a witness told police he had spotted the missing man in Denmark.

Police also say that Kamphuis’ mobile telephone had been turned on on August 30 in the vicinity of Vikeså, about 50k from Stavanger in Norway. The device remained active for 20 minutes after which a German sim card was put in it.

The hunt for Kamphuis, 47, has been conducted by a police team known as Kripos, who specialise in organised crime and disappearances, Norwegian police said in a press release. According to Dutch media he is an expert in cyber security who advises governments, journalists and human rights experts. He is also an associate of Wikileaks founder Julian Assange.