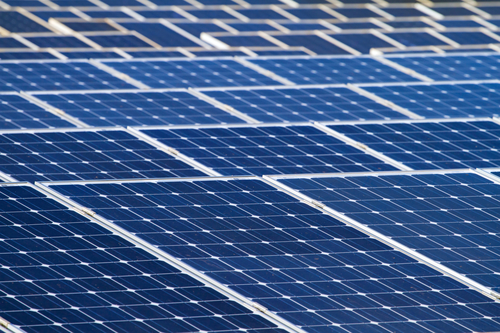 The  Dutch electricity network is unable to cope with the growing amount of solar power in the country and this may hamper the growth of this alternative source of energy, the NRC reported on Friday.

NRC paper says the government has pledged subsidies for some 5,000 megawatts of production capacity in the coming years which would double the number of solar panels.

But network operators Liander and Enexis told the paper they have already had to limit, or stop, the amount of energy they are processing, a measure that affects some twenty solar farms.

The problem lies with 15 substations which have reached maximum capacity. Increasing that will take two to five years, which could hamper the growth of solar power in the Netherlands.

In less densely populated areas, such as the northern provinces, the network cables are ‘thinnest’ and particularly vulnerable, the operators say. They also have the lowest land prices and space to build solar power farms, which are proliferating there.

‘These networks are now handling big volumes. (..) and if the sun shines all solar farms will generate more and create peaks in volume as well,’ Daan Schut, network development manager at Liander, told the paper.

A complicating factor is that the subsidies depend on a solar farms being productive within three years. ‘If we fail to get a connection to the network in time the subsidy is off,’ solar farm developer Gerben Smit told the paper.

Smaller solar power projects, such as solar panels on roofs of businesses, are also facing delays when it comes to feeding electricity to the network.

Roland Pechtold, solar power projects director at GroenLeven, says the problems will be even bigger next year. Some dozens of megawatts of electricity would not be fed to a network, he said. ‘And one megawatt would be enough for a thousand households.’

Network operators have said they want more say from the government about where solar power farms are going to be built, so they know where the network needs strengthening. It also wants assurances that a change to the infrastructure is profitable.

For the moment network operators are connecting as many solar farms as possible, with restrictions as to the amount of energy they can offload until the capacity problems can be solved, the NRC said.