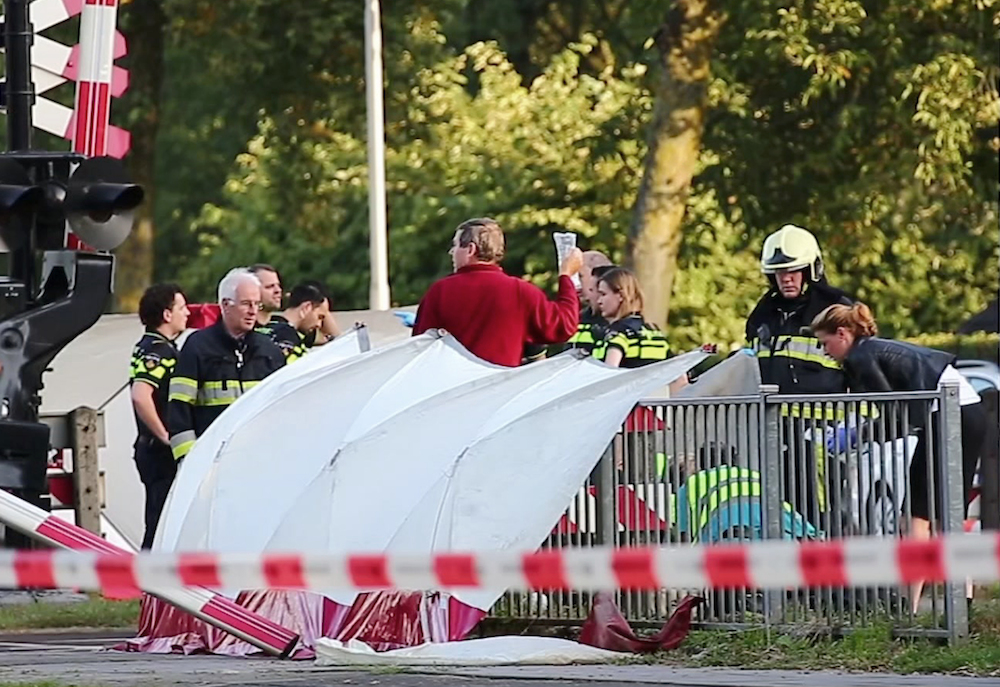 Four children have been killed when a train hit an electric cargo wagon at a manned level crossing in Oss. Another child and an adult were badly injured in the accident and are being treated in hospital. Three of the victims – two children who were killed and the injured child – are sisters.

The children were being taken from their ‘before school’ daycare centre to school when, eyewitnesses say, the vehicle, known as a stint or a bolderkar in Dutch, drove through the level crossing barriers.

According to some eyewitnesses, it appeared as if the brakes had failed.

The accident happened shortly after 8.30am and was witnessed by several people, including children. The prime minister, queen Maxima and other politicans have expressed their horror at the accident and sent their condolences to the family and friends of those who died.

A spokesman for ProRail told a news conference at Oss town hall that the company would launch a major investigation. The main question, he said, is ‘what can we do to make sure nothing like this happens again.’

The train, travelling from Nijmegen to Den Bosch, had a camera attached to the front and that footage will now be studied, the spokesman said.

Oss mayor Wobine Buijs-Glaudemans told the press conference this is a ‘black day’ for the town. ‘Every family will be affected by this,’ she said.

The stint is an electric wagon, controlled by someone standing on a plate at the back. They are popular with daycare centres for taking groups of children around. According to the company that makes them, 3,000 are currently being used by Dutch and Belgian daycare organisations. Similar systems are also used by delivery companies. 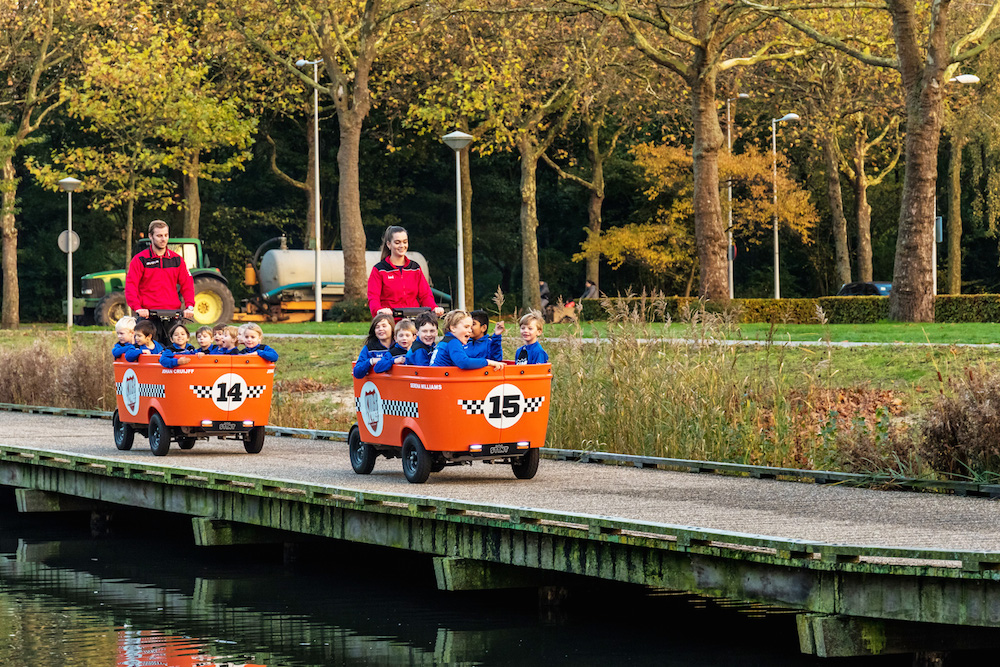 The stint has been approved for use on Dutch roads by the transport ministry but road safety organisation Veilig Verkeer Nederland said as recently as April that it considered them to be dangerous.

Spokeswoman José de Jong told the AD on Thursday it is crucial that drivers have proper training in using the vehicles. ‘We are aware of other accidents as well as this terrible incident,’ she said.

Edwin Renzen who launched the electric vehicle in 2012 said he was horrified by the accident. ‘This is the worst nightmare of every parent,’ he said.

Several daycare groups have now told parents they will now longer use the electric carts to move children around pending the outcome of the investigation, RTL Nieuws reported.

The tragedy comes soon after the Dutch safety board slammed the ‘unacceptable’ way an average of 11 people are killed in accidents on railway level crossings every year.

It said the fragmented approach and lack of focus at the infrastructure ministry are stalling efforts to improve safety at crossings.

The Netherlands is the only country within the EU where so many roads cross so many railways, the OVV said. ‘This is not a good combination.’

The safety board has also launched an investigation into the Oss accident.