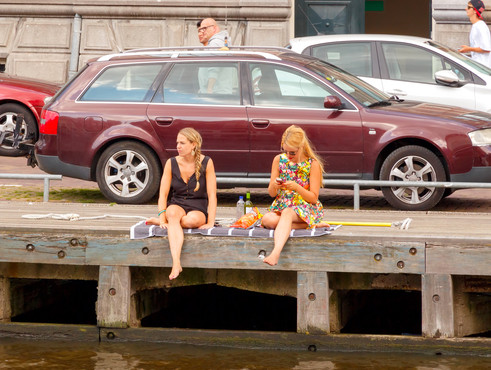 The summer of 2018 will go down in the record books as the warmest ever recorded in the Netherlands, the KNMI weather bureau said on Friday.

The average temperature at the De Bilt weather station was 19 degrees, a full two degrees above the average, the KNMI said. The meteorological summer runs from the beginning of June to the end of August.

The warmest day of the year was July 26 when the temperature topped 38 degrees in Arcen, in Limburg, just below the all time high of 38.6 degrees.

There were also two heat waves, running from July 15 to July 27 and from July 29 to August 7. A heatwave is official when the temperature tops 25 degrees for five days and 30 degrees for two of those.

The temperature was above 20 degrees for 60 days in a row, ending last weekend.

This summer was also typified by the ongoing drought. Just 105 millimetres of rain fell over the three month period, less than half the average rainfall. July was the driest month since records began, with just 11 centimetres of rain recorded at the De Bilt weather station, the KNMI said.