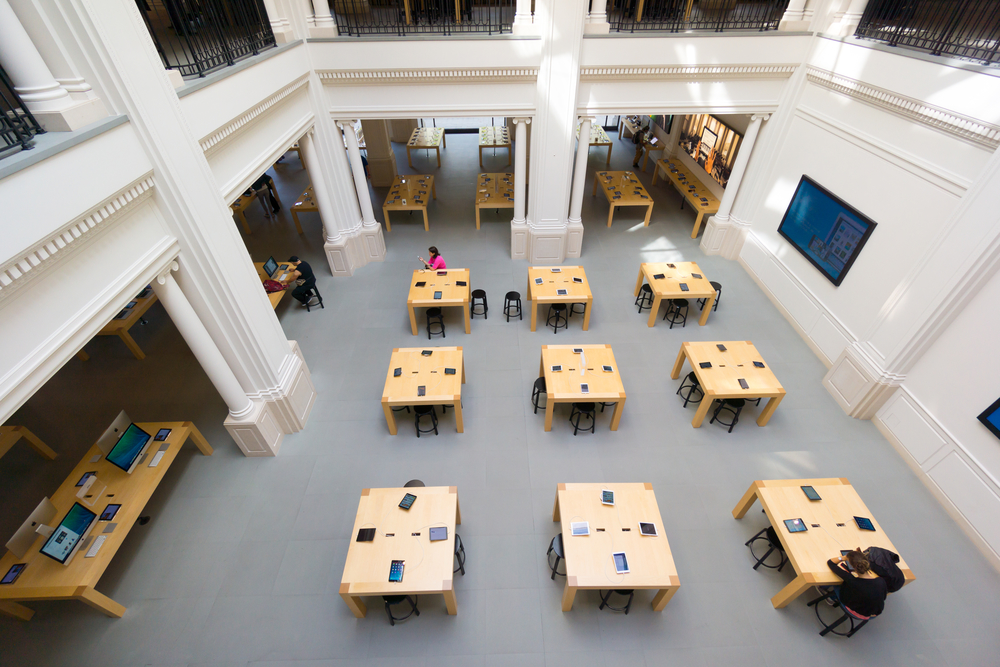 Inside the Apple store in Amsterdam. Photo: Depositphotos.com

Three people developed breathing difficulties after the battery of an iPad ‘exploded’ in the Apple store on Amsterdam’s Leidseplein on Saturday, according to Dutch media.

The three, all shop staff, were treated by ambulance workers at the scene and the fire brigade evacuated the building for a short time. Staff at the shop had placed the device in a bucket of sand before their arrival.

Fire officers suspect that the battery began to leak, and then exploded but said no smoke was released. ‘It is likely that a substance was released in the explosion which caused irritation to the lungs and airways,’ a spokesman told broadcaster RTL.

Website 9to5Mac said this is the third evacuation this year of an Apple store due to an exploding battery – the other two were from iPhones.