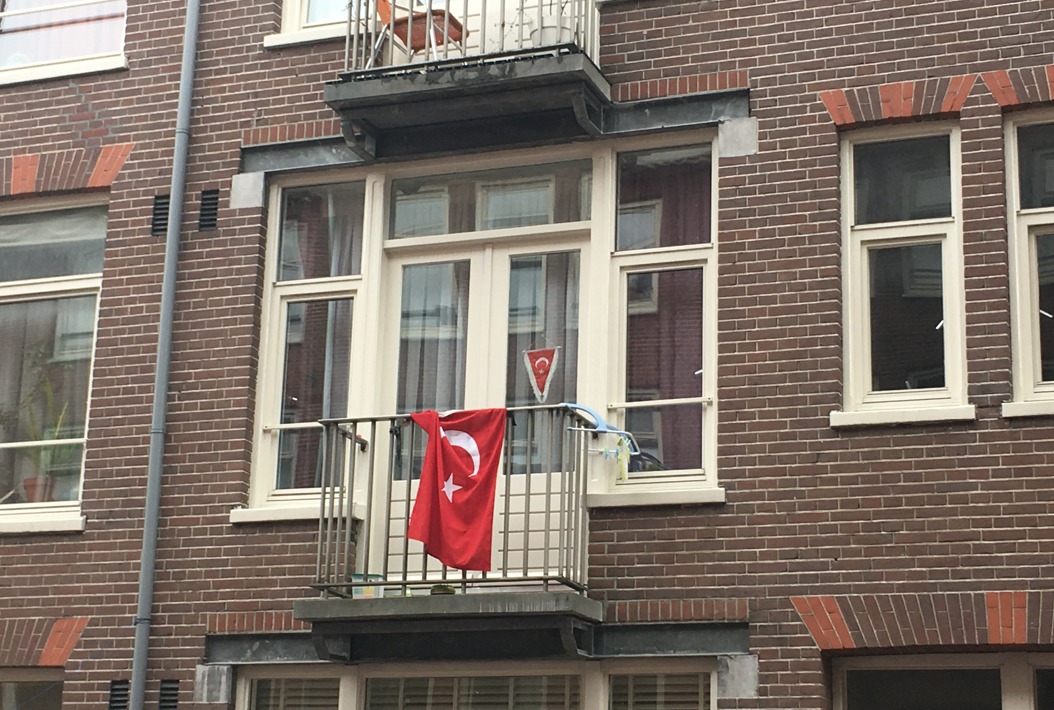 A Turkish flag hangs from a balcony in Amsterdam. Photo: DutchNews.nl

Dutch MPs say they are ‘extremely concerned’ at reports that the Turkish government is planning to fund weekend schools in the Netherlands.

The schools would teach children with dual nationality the Turkish language, history and religion for five hours at the weekend, a spokesman for Turkish government organisation YTB confirmed to broadcaster NOS.

Turkey has plans to start the schools in Belgium Germany and France as well as the Netherlands, NOS said. Schools with up to 25 pupils would be funded to the tune of €7,000 a year, and parents would also be encouraged to contribute, NOS said.

Dutch MPs say they are concerned about the implications of the weekend schools for integration and want the government to keep a close eye on developments.

It is worrying that president Erdogan would appear to see Dutch Turks as Turkish subjects, ‘who should listen to him and go to these sort of schools,’ said D66 MP Jan Paternotte.

This is yet another example of Turkish interference in the lives of Dutch Turks, he said.

Social affairs minister Wouter Koolmees, who is in charge of integration issues, said he does not consider it a problem if immigrants keep in touch with their roots. ‘What we do not want is education aimed at hindering integration in the Netherlands or stimulating anti-democratic opinion.

‘If we find out this is happening, then the government will intervene,’ Koolmees said.

The Netherlands and Turkey agreed to restore diplomatic relations in July.

The relationship between the two countries had been soured since last March, when the Netherlands refused to allow two Turkish ministers to come to the Netherlands to campaign for a controversial referendum.