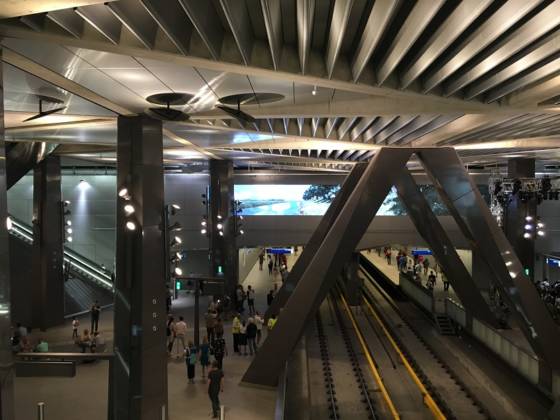 With the help of a ‘flash mob’ choir, dozens of chess tables and thousands of Amsterdammers, the North-South tube line opened on Saturday.

It was also the launch of Amsterdam’s newest public museum, according to Véronique Baar, who has curated a €5.5m project to commission and install eight artworks in the new stations.

From a hidden toilet duck in the platform mural of Station Noord to a mosaic crocodile on the subterranean walls of Station Rokin, the artwork is literally built in to the project.

The art budget – provided by Amsterdam municipal council – represents 0.18% of the total metro line’s cost, said Baar, and the project is intended to appeal to all.

‘In this museum there will be 14 million travellers a year, which is quite a good set of visitors!’ she said at a press launch on Saturday.

‘The route itself follows the historic infrastructure of the Amstel, the river that was once here. We also wanted to have art in natural measure with the city. So we asked all the artists to look above ground to all the elements they could find there, and translate that into an art piece under the ground.

‘In that way, you have as a traveller a sense of identification with where you are and what is going on upstairs.’

The station that gathered the most reaction from crowds of people taking advantage of the chance to explore the nine-year-late metro line (and a free ride) was Station Rokin.

Here, a mural of marble and natural stones in the walls alongside the platform, by artists Daniel Dewar & Grégory Gicquel, is based upon 700,000 artefacts discovered at the site, the former river bed of the Amstel.

These ranged, said Baar, from pipes thrown overboard as ships departed and jugs from the sugar trade to a crocodile jaw – although the mural, ‘The crocodile, the melodica, the pike fish, the high heel pump…’, has added a few whimsical extras. Alongside the escalators on the north and south side are glass cases containing thousands of the objects themselves on display.

Station Noord, meanwhile, has murals on the platform stones themselves representing the lives of migratory birds plus a few others. Artist Harmen Liemburg didn’t just include geese and water birds – there’s also a Twitter bird tweeting, a toilet duck and a rubber duck. 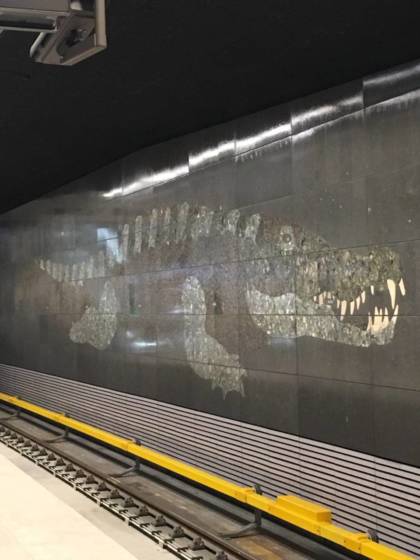 In Centraal Station, meanwhile, a massive screen above the platforms by David Claerbout is actually a slow-moving animation of a man in the Dutch countryside, with a background based on the actual weather forecast for 24 hours ahead.

At Station Vijzelgracht, imaginary tube lines come together to form the face and story of Dutch singer Ramses Shaffy, while at Europaplein, photos inlaid in the glass walls tell the story of a romantic encounter – with a more sinister backstory based on the Greek myth of the rape of Europa.

Not everything is complete: the lighting isn’t quite right on the Sipping Colors mural by Amalia Pica in Station De Pijp, but Baar pointed out that the metro didn’t need any more delays. People will be able to find out more about each art piece with a book to be published in October.

‘All the artworks are completely different: we worked with walls, with the floor, with mixed screens,’ says Baar. ‘We have a wide range of artists and art pieces for a very broad public. It’s really art for everyone.’ 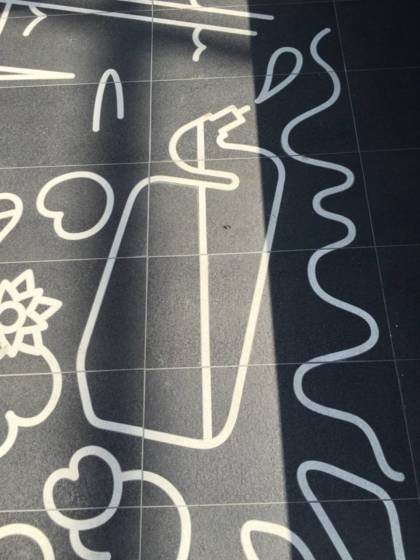