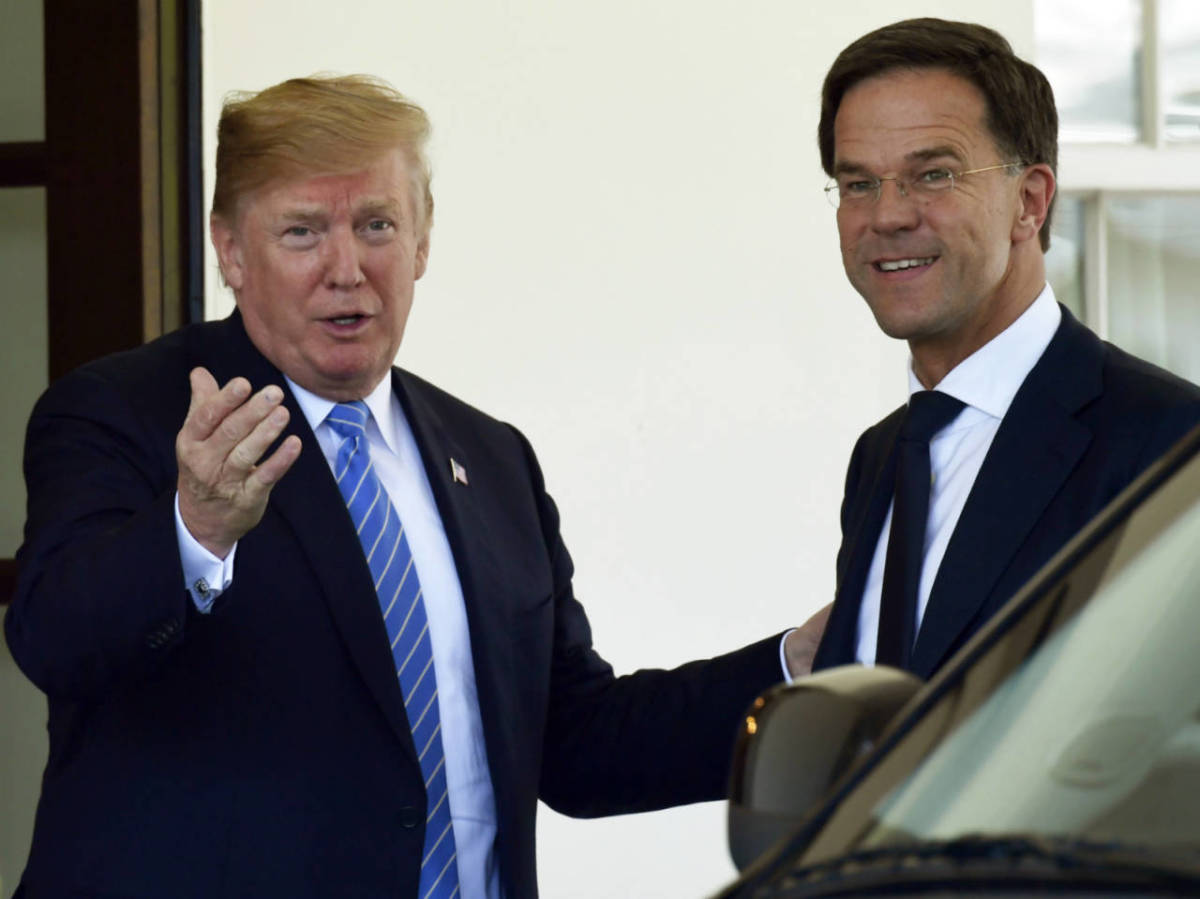 After a visit to the White House on Monday, Rutte told Nieuwsuur that it would be ‘very bad for America’ if the continuing tit-for-tat levies spread to other goods. Trump has threatened to raise the tariff on cars imported from the EU to 20% as a reaction to new European tariffs on a range of goods from jeans to whiskey, which were themselves imposed after the US increased tariffs on aluminium and steel.

Rutte said the private face-to-face meeting had been conducted ‘respectfully’ and covered areas where the two leaders broadly agree, such as jobs and security. ‘Because we both have a business background, we both look at things in a fairly businesslike way,’ he said.

However, on the issue of trade Rutte said the US risked destabilising transatlantic relations by setting punitive tariffs. In recent days Trump has sharpened his language on trade relations with the EU, saying he wants to banish Mercedes cars from the streets of New York and claiming the trading block was ‘set up to take advantage of the United States.’

Rutte pointed out that reciprocal investment by both countries supported 825,000 jobs in the US and 250,000 posts in the Netherlands.

‘My point is: scrap the tariffs that are on the table now and let’s start talking,’ he said. ‘I think it’s very bad for America too if the dispute over trade escalates further.

The prime minister said he agreed ‘one thousand per cent’ with Trump’s view that European should pay a greater share of the Nato budget.

‘I think our job as leaders is primarily to ensure that we keep our countries safe and prosperous in an unstable world,’ said Rutte. ‘Americans pay a disproportionate share of the Nato bill – they represent around half of the economy of the Nato region but pay something like 70% or 80% of the total bill.’

Rutte also said the two leaders had made progress on the issue of US passport checks at Schiphol airport, which is part of Trump’s plan to restrict migration by vetting passengers before they board the plane.

The issue is controversial within the Dutch cabinet, where coalition partner D66 has strong reservations about Trump’s travel ban on citizens from selected Muslim countries. But Rutte said he and the president had ‘agreed to take the next step’.