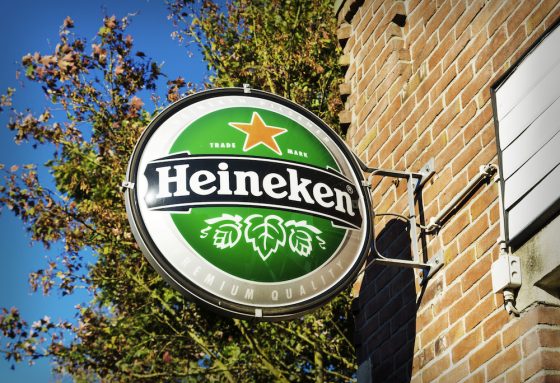 The Dutch brewer Heineken is suspending the use of ‘beer girls’ in Mozambique due to allegations of sexual harassment from customers, it emerged on Friday.

Following a investigation by journalist Olivier van Beemen and allegations of widespread sexual abuse of female beer-selling staff published by the NRC Handelsblad in March, Heineken pledged to respond.

On Friday it published independent research by Partner Africa showing that 13 sales staff complained of sexual abuse from customers in Mozambique and there were ‘revealing short skirts’ in three countries, Mozambique, Kenya and Uganda.

It has introduced a new code of practice for its third party partners, who employ the women to sell the beer to bars and restaurants in Africa, including safe working practices and ‘decent uniforms’.

Around 15,000 women work for the Dutch firm as sales staff across the world to promote the beer to businesses in their region, according to internal research from 2007.

NRC had claimed many were sexually propositioned or assaulted and said some prostitutes combined beer promotion with their Heineken work, to get more clients for both. No evidence of links with prostitution was reported by the Partner Africa investigation.

But the Amsterdam-based brand was under pressure from other businesses, including the Global Fund international health organisation, which had suspended its partnership with Heineken and urged it to protect women beer promoters from sexual exploitation.

A spokeswoman for Heineken told DutchNews.nl the issue has its full attention: ‘It is our responsibility to always aim to ensure brand promoters have safe working environments,’ she explained. ‘Our operating company in Mozambique will not carry out any further promotional activity involving brand promoters until they can be assured the agencies they work with are compliant with Heineken policies. If this can’t be assured, we will no longer work with these agencies or deploy brand promoters.

She pointed out that the sales ‘brand promoters’ are mostly employed by third party agencies, which is it now working with ‘to ensure the industry takes a more proactive and robust approach to the promotion of products in Mozambique.’

‘As we have said from the beginning, it is unacceptable that people who promote our brands feel unsafe or are being harassed during their work.’