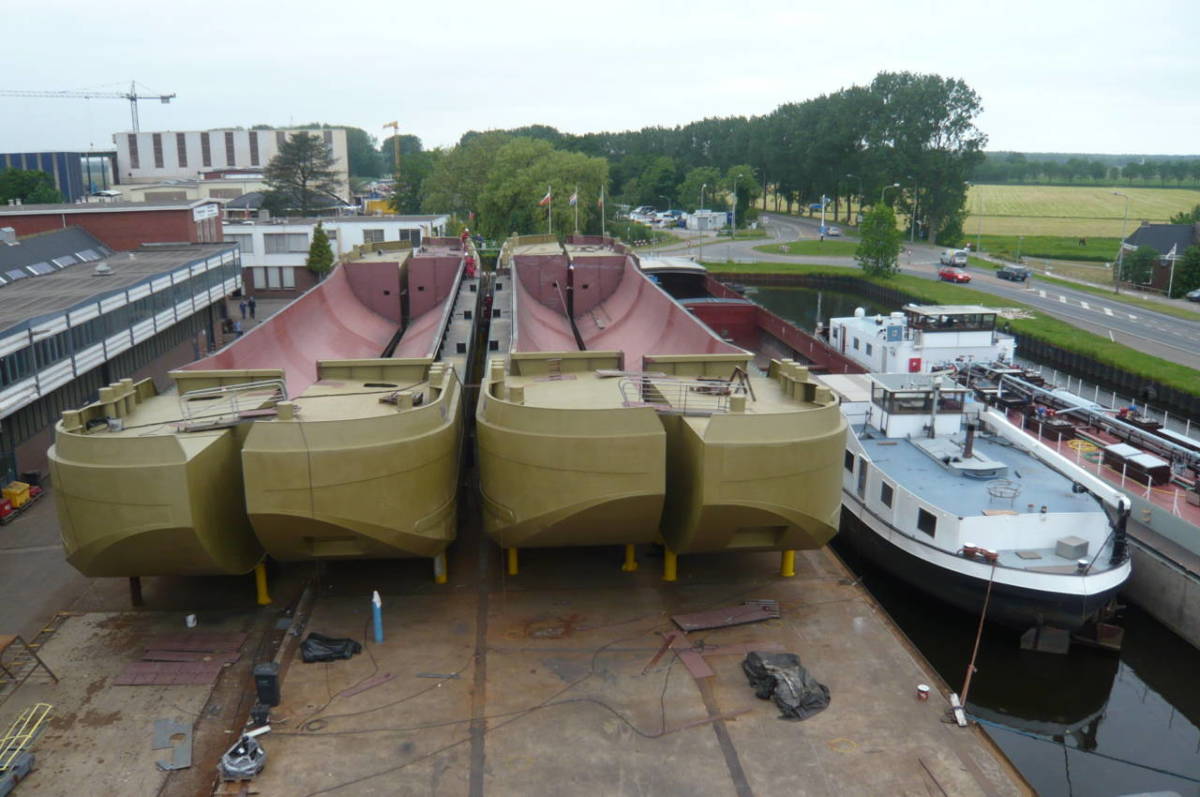 A shipyard in Groningen province has given 40 of its Polish and Romanian employees fixed contracts, ensuring that all its workers receive equal pay.

The metalworkers at Pattje shipyard in Waterhuizen will be put on the payroll with immediate effect and receive considerably higher salaries, Albert Kuiper of the FNV metal workers union told the Financieele Dagblad on Monday.

The eastern Europeans work at the Pattje yard as welders, steel fixers and pipe fitters. The Poles and Romanians make up more than half of Pattje’s 70-strong workforce.

Earlier, another Waterhuizen-based yard, Groningen Shipyard, made a similar deal with the FNV. Kuiper said the position of the northern shipyards is stronger now that all employees are on equal footing.

The eastern Europeans have all been employed at the yard for some time on various types of contract. Most worked 56-hour weeks at lower pay and less competitive conditions than their Dutch colleagues.

Kuiper said they will now work 38 hours a week with a maximum of 10 hours of overtime. They will receive an additional €50 a month as compensation and be on full pay if they are sick.

The FNV is in talks with Pattje management to establish a training school at the yard. The union is continuing similar talks with other Dutch shipyards.