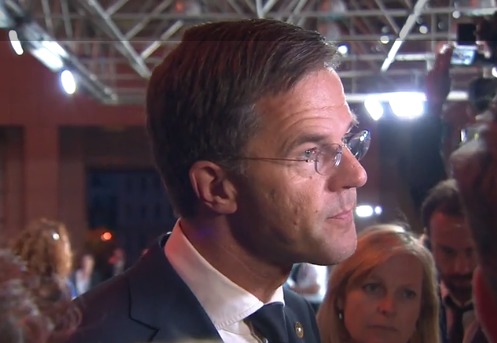 European leaders have reached an agreement on dealing with the flow of African migrants after a marathon 10 hour meeting in Brussels, and Dutch prime minister Mark Rutte says the deal is ‘good news’.

Details of the agreement are still sketchy but European leaders have agreed to talk to north African countries about halting the flow of migrants. Rutte spoke at the end of the meeting about a ‘Turkey-like deal’, referring to the EU’s agreement to give Turkey financial support in return for halting the flow of refugees.’

‘We need to take the extent and the equality of our cooperation with Africa to a new level,’ European leaders said in a joint statement at the end of the summit.

‘This will not only require increased development funding but also steps towards creating a new framework enabling a substantial increase of private investment from both Africans and Europeans.’

Africa is our neighbour and this must be expressed by increased exchanges and contacts among the peoples of both continents on all levels of civil society, the statement continued.  ‘Cooperation between the European Union and the African Union is an important element of our relationship. The European Council calls for further developing and promoting it.’

Rutte told reporters after the meeting that it was not simple to come to a deal. ‘And I am not going to say we have solved the issue,’ he said. ‘But we have taken a big step forward and after eight years in Brussels, I know Europe means doing things step by step.’

The meeting, he said, had not made Europe either stronger or more vulnerable. ‘There are issues which we can’t solve as individual countries,’ he said. ‘The migration streams, our safety, border security and climate change, we have to deal with these things together.’

More on the European agreement