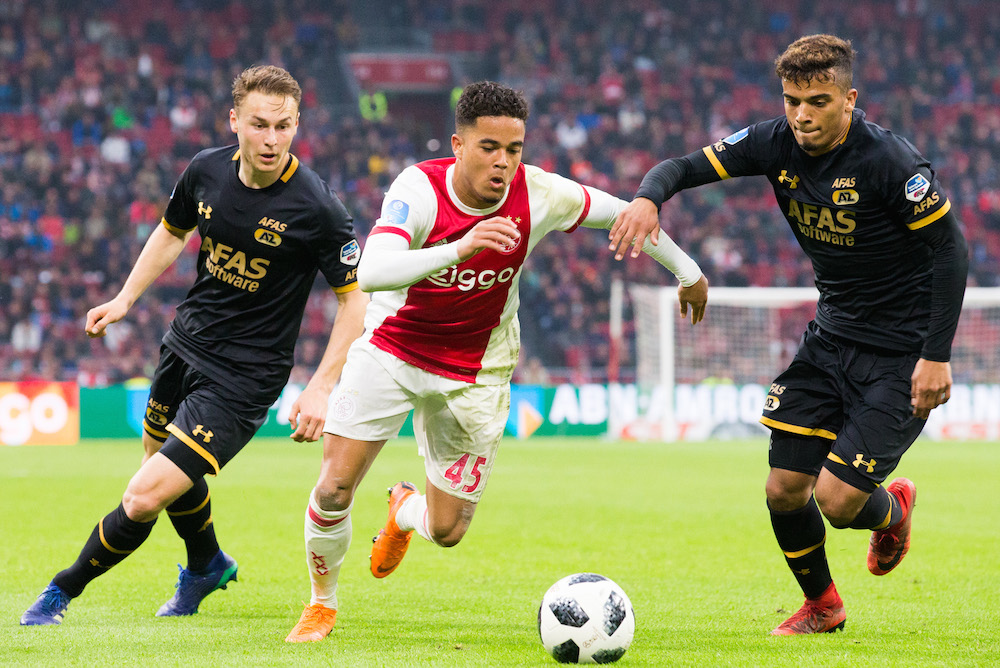 Justin Kluivert in action against AZ in April. Photo: VI via HH

Dutch newspaper the Telegraaf is reporting that Amsterdam football club Ajax has turned down an offer for young striker Justin Kluivert from AS Roma.

According to Italian media, Ajax and AS Roma have virtually sealed the deal, but the Telegraaf said Ajax has rejected the offer as too low. Kluivert, 19, is under contract to the Amsterdammers until mid 2019.

The Telegraaf puts the offer at around €10m but Italian newspaper Corriere dello Sport said AS Roma has offered around €25m, including bonuses.

Kluivert, the sone of former international Patrick Kluivert, is in his second season with Ajax and has a fixed place in the line-up. He won his first cap for Oranje at the end of March.

Ajax are due to start their preparations for the coming season in two weeks with a string of friendlies. The first official match is in late July, when Ajax plays in the first of three preliminary rounds for a place in the Champions League.