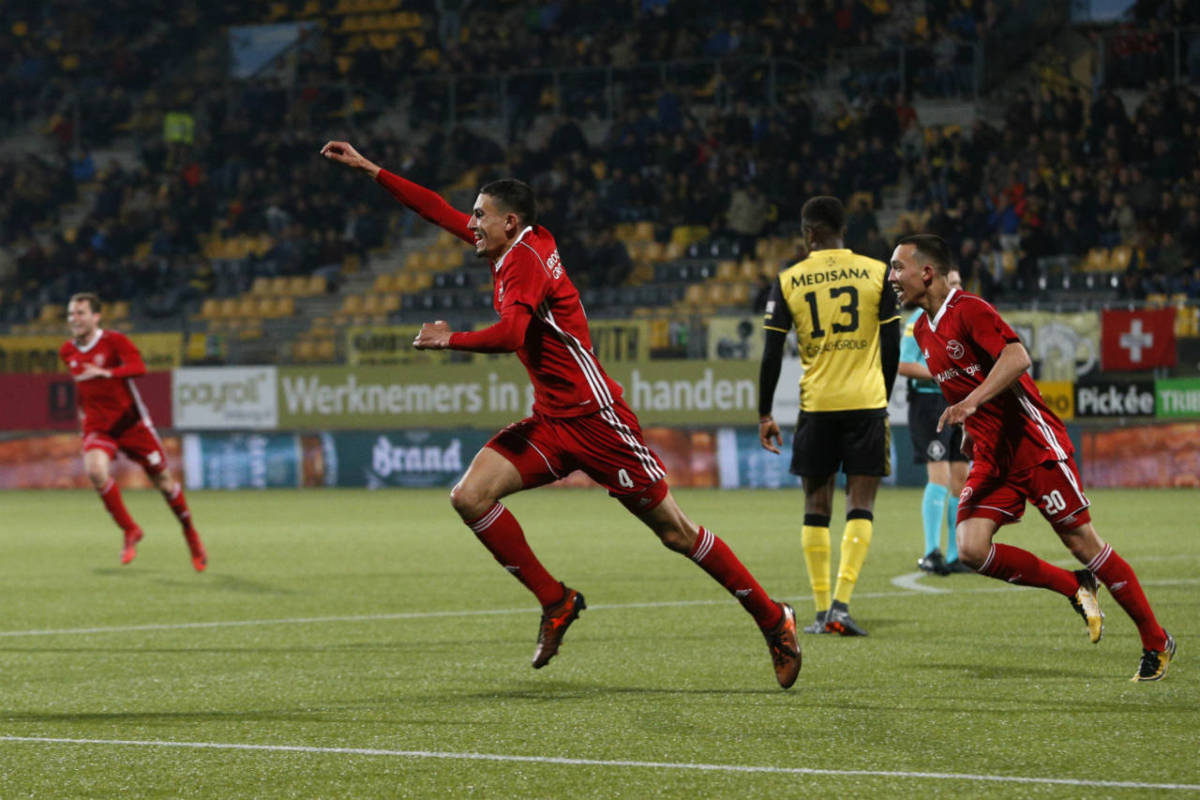 Roda JC Kerkrade have been relegated from the Eredivisie after a dramatic defeat to Almere City in the end-of-season playoffs.

Roda were favourites to survive the two-legged tie after leaving Almere in midweek with a 0-0 draw, but lost the home leg 2-1 to the Flevoland club, which has only been a professional outfit since 2005.

Silvester van der Water opened the scoring for Almere in the first half, helped by a mistake by Roda goalkeeper Hidde Jurjus. An equaliser from German striker Dani Schahin early in the second half gave the Kerkrade club hope, but three minutes from the end Faris Hammouti scored from close range to seal Roda’s fate.

The result means Roda rejoin local rivals MVV Maastricht in the Jupiler League, while newly promoted Fortuna Sittard will be the only Limburg side in next season’s Eredivisie.

Elsewhere, Sparta Rotterdam narrowly escaped following Roda through the trapdoor after recovering from 2-0 down in their second-leg tie against FC Dordrecht.

Dick Advocaat’s side had put themselves in pole position with a 2-1 win in Dordrecht during the week, but first-half goals from Denis Mahmudov and Jeremy Cijntje gave Dordrecht a 3-2 aggregate lead. In the second half Sparta’s superior fitness made the difference as they overhauled the deficit with goals from Deloy Duarte and Robert Mühren.

Sparta will now play FC Emmen for a place in next season’s Eredivisie. The team from Drenthe, who have never been promoted in their 33-year history, almost threw away a 4-0 first-leg advantage over NEC Nijmegen as they lost the return match 4-1.

In the weekend’s other play-off fixture, De Graafschap overcame Telstar 4-2 in a thrilling match in Doetinchem to clinch a 6-5 aggregate victory and set up a decider against Almere City.

The two-legged ties will be played on May 17 and 20. The two winners will play in next season’s Eredivisie, while the losers will compete in the Jupiler League.