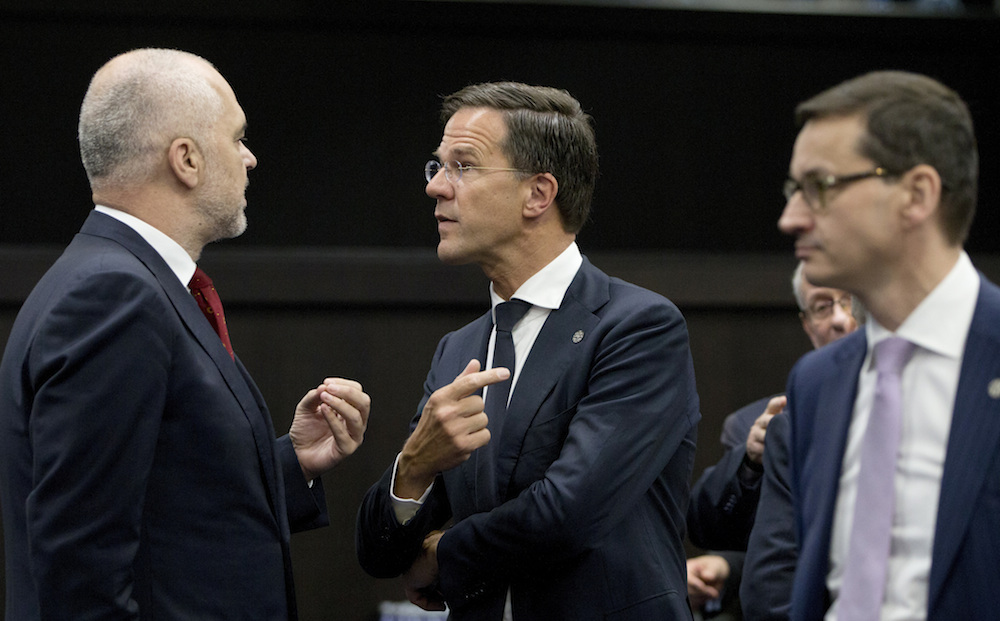 Dutch prime minister Mark Rutte has described the way  US president Donald Trump pulled out of the Iran nuclear deal as ‘bullish’.

Speaking to broadcaster NOS in the Bulgarian capital Sofia, where he is attending the EU summit, Rutte said: ‘After being urged by Europe not to do it, the US goes and pulls out of the deal with Iran in a very bullish way.’

‘America is doing all sorts of things under its own steam, without taking its allies into account. And that is not a good thing.’

Rutte went on to say that friendship with the US remains important, but that the assumption that friends listen to each other and take each other into account ‘would appear to have been shot through’.

‘As Europe, we have a major role in the world, but Europe will need to develop more self-confidence to pursue that role,’ he said. ‘You can see that now with Iran. We want to try and keep the deal in place as much as possible.’

Earlier in the day, EU president Donald Tusk condemned the US’s withdrawal from the Iran deal in a speech at the start of the summit.

‘We are witnessing today a new phenomenon: the capricious assertiveness of the American administration. Looking at the latest decisions of President Trump, some could even think, “with friends like that, who needs enemies?”‘, Tusk said.