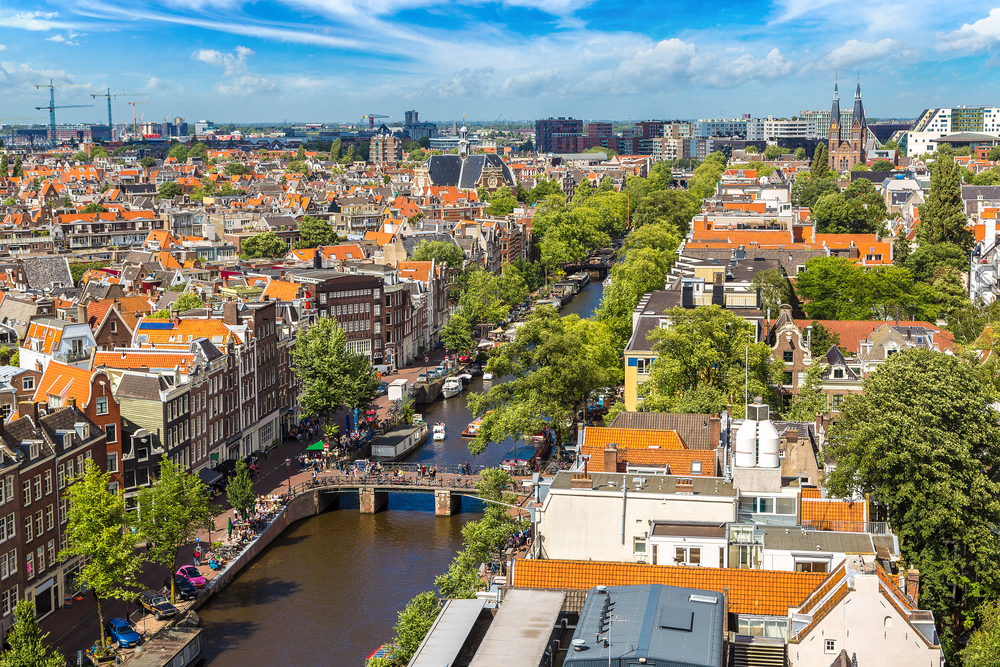 Amsterdam’s new coalition presented its plans for the city on Thursday, with an emphasis on sustainability and inclusion.

‘I have always say the city needs to become more sustainable, more fair and more democratic and this agreement does that,’ he said. ‘We all want Amsterdam to be the greenest city in the Netherlands, and perhaps in Europe.

Amsterdam’s new administration is a left-leaning coalition made up of GroenLinks, D66, the Socialists and the Labour party. GroenLinks was the big winner in the local elections in March but the other three parties in the coalition all saw their support shrink.

The new agreement includes higher taxes for tourists and home owners, an increase in parking fees for non-residents in the city centre to €7.50 a hour and a greater emphasis on green energy and solar power.

‘No roof can go unused in our sustainability targets,’ the agreement states.

Housing was the main issue in the local election campaign and the coalition plans to build 7,500 new homes a year, in an effort to tackle the city’s housing crisis. Of them, 2,500 will be rent controlled and 1670 will have a ‘middle’ rent of between €710 and €971 a month.

The administration will also lobby national government to allow it to regulate the middle rental sector and to reserve half of such properties for Amsterdammers who leave a rent-controlled property behind.

Future ambitions include ensuring the city is gas free by 2040, 10 years ahead of the government’s schedule, and potentially removing all car parking spaces from the city centre canals.

Last week the four parties unveiled their plans for dealing with mass tourism, including sharply higher tourist taxes, a clampdown on attractions such as beer bikes and limits on holiday rentals.

Next Wednesday, a full meeting of the council will discuss the plans and the naming of the eight aldermen.

The Parool’s political correspondents Michiel Couzy and Ruben Koops say in an analysis of the new authority and its plans that ‘sparks will fly’ as the left-wing city administration clashes with the right-leading coalition in national government.

In particular, support for a large group of undocumented refugees is already causing friction, they point out.

Last week, a majority of MPs called on the city not to open new accommodation for asylum seekers who have lost their claims for asylum. Two days later, the city announced it would do exactly that.

Schiphol airport and plans to increase the amount of rent-controlled housing in the city are likely to provide further fireworks, Couzy and Koops say.