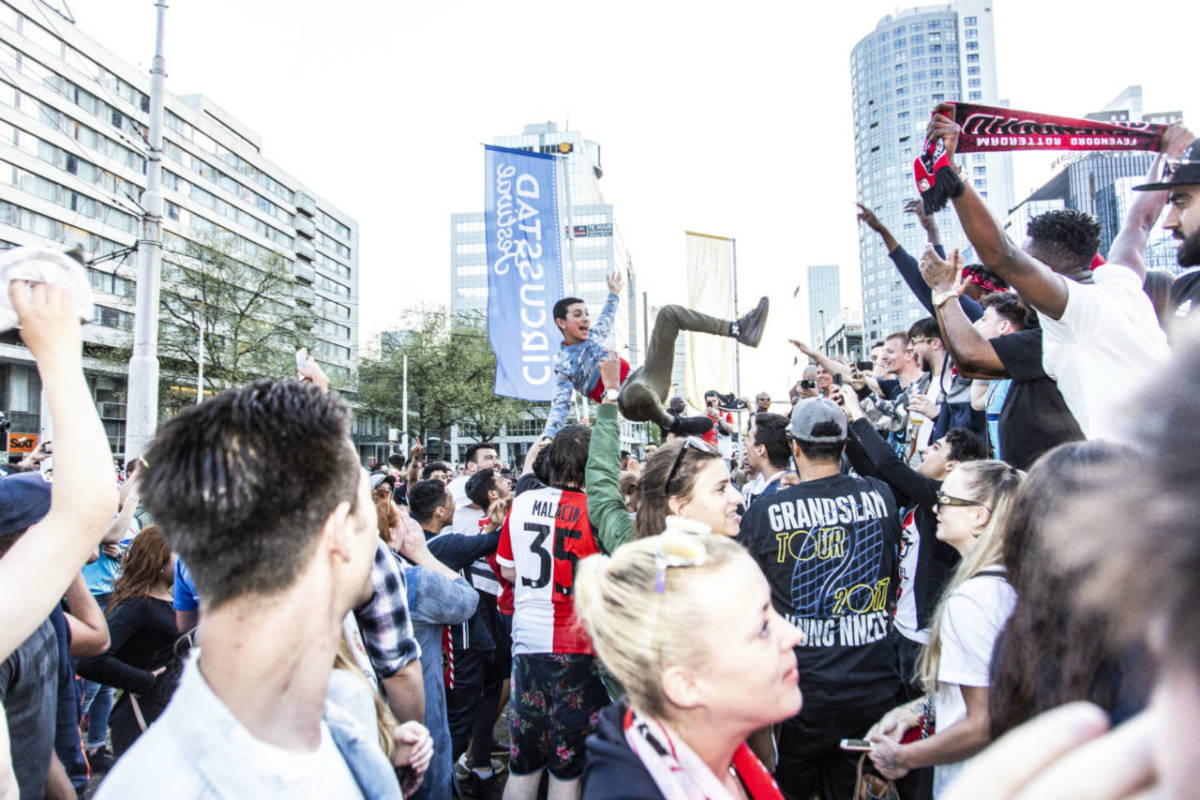 Feyenoord salvaged a disappointing league season by winning the 100th edition of the KNVB Cup in convincing style with a 3-0 win over AZ Alkmaar on Sunday.

Robin van Persie’s goal 10 minutes after half-time was the high point of a pulsating game in De Kuip stadium. The 34-year-old striker floated the ball over the head of goalkeeper Marco Bizot to make the score 2-0 and put the game beyond AZ’s reach.

Nicolai Jørgensen had opened the scoring in the 28th minute and Jens Toornstra added the gloss in injury time to seal coach Giovanni van Bronckhorst’s fourth trophy in three seasons.

Van Bronckhorst acknowledged that the victory went some way to compensate for a lacklustre defence of the league title. Last year’s champions are destined to finish fourth in the Eredivisie, one place behind AZ, and are currently 21 points adrift of champions-elect PSV.

‘It was a difficult season, especially when you look at the league and the Champions League,’ said Van Bronckhorst. ‘But in the end we’ve won two out of three trophies and ended the season on a positive note.’

Van Persie said he would sit down with the club in the next few weeks to discuss whether he will continue playing next season. The Netherlands’ record international goalscorer, who arrived at De Kuip in January, has a contract until mid-2019 but is unsure if he can manage another full season.

‘In my heart I’d love to keep playing football for another five years, but I need to be realistic,’ he said. ‘Maybe the outside world doesn’t see it. but it can be a real struggle to get fit for games.

‘It’s partly to do with age, but over the years I’ve had quite a few knocks. It takes me longer to recover.’

Around 30 people were arrested after the match as celebrations broke out in Rotterdam, but police said the atmosphere was mostly convivial. The arrests were for public drunkenness, abusive language and setting off fireworks. Two AZ supporters were also arrested after beer cans were thrown out of a coach on the A16 motorway.

The winning club’s official reception will be held on Monday afternoon at De Kuip stadium rather than the usual location of the Coolsingel, which is partly closed for roadworks.