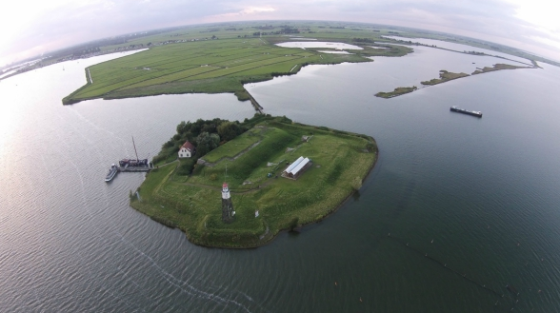 Hope is running higher in the Netherlands, according to a new survey.

The Volkskrant reports on Friday that according to the country’s second annual reading on a ‘hope barometer’ – published in January – people are increasingly positive.

Last month the government advisory body the SCP said that for the first time there were more positive than negative people in the country.

This year’s hope barometer agrees with the reading, giving an average score of 6.1 out of 10 for seven different kinds of positivity, including spiritual, emotional and moral hope.

The project, created by the Erasmus Happiness Economics Research Organisation and the Institute for Leadership and Social Ethics, asked 1,600 Dutch people about their hopes for the future and analysed the results.

It is an uplifting story, particularly focusing on people’s nearest and dearest, it reports. ‘The theme of this edition was “Trust in the future” and [it] focused on trust and expectations,’ according to the project’s webpage. ‘Results showed that people are optimistic about their personal life and the economy, but pessimistic about other societal developments in for example education, healthcare and safety.’

Last year, its pilot study of 512 people came up with a lower average of 5.57, with particularly low scores for people without a job or on low incomes. But this year, with ever-falling unemployment, the picture is far more rosy.

In this year’s study, 55% of the people surveyed thought the economy would improve and 35% expected an even better year for themselves in 2018 – while only a tenth thought it would be worse.

However, 57% of the people thought the environment would worsen, and there was a less hopeful view on the future of society, education and health.

‘You can sit hopefully on your own little island but at the same time feel that important social institutions are losing their way,’ researcher Emma Pleeging of the EHERO reportedly told the Volkskrant. ‘The further you move from someone, the less trust there is.

‘People trust their family and neighbours but have less confidence in strangers. In that respect, the local police service is closer to the people than politicians in The Hague.’

People who were self-employed were likely to be happiest, followed by pensioners – while, logically, those on higher incomes but also the healthiest and the highest-educated were most positive.

Professor Paul Dekker, who investigates people’s views for the SCP, said this study confirmed their own last month. ‘Our research in March showed that people in general have become a bit more optimistic, but when it comes to cultural things like indifference, selfishness and polarisation they are more pessimistic,’ he reportedly told the Volkskrant.

DutchNews.nl has contacted Prof Dekker and the EHERO project for a response.