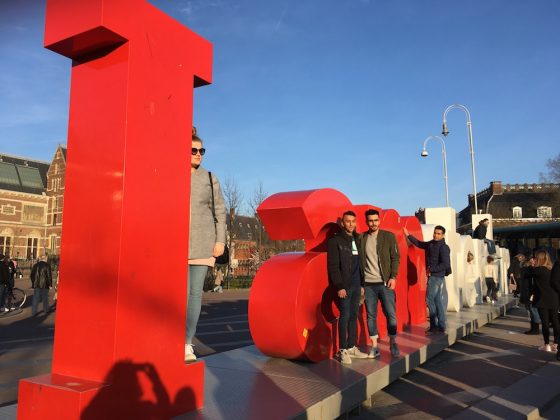 The number of foreign and domestic tourists in the Netherlands rose above 42 million in 2017, an increase of 9% and the sharpest growth rate since 2006, the national statistics office CBS reported on Wednesday.

The figures are based on overnight stays but do not include visitors staying in accommodation with fewer than five guests. This means the substantial number of Airbnb travellers and those booking through other online platforms are excluded from total numbers, the CBS said.

The increase was mainly due to foreign tourists who totalled nearly 18 million in 2017, an increase of 13% year-on-year. Tourists from Germany, Belgium and Britain accounted for two-thirds of all overnight stays by foreigners, the CBS said.
About 20% of tourists were from the US and Asia.

As every year, foreign tourists stayed overnight in Amsterdam in Noord-Holland province and tourism to other parts of the country is relatively stable, although Germans are fond of the Dutch coast.

Amsterdam has been developing a policy to encourage tourists to leave the busy city centre and visit other parts of the city, as well as nearby attractions such as Amsterdam beach (Zandvoort) and Amsterdam castle (Muiderslot).

National government has also embarked on its HollandCity campaign to encourage tourists to see more of the country.

Tourism expert Stephen Hodes told the Parool: ‘Amsterdam will become uninhabitable unless we take action. The rest of the country is happy with the growth. But things are getting out of hand in Amsterdam. The city is becoming inaccessible and unaffordable.’

Foreign tourists, Hodes said, want to visit Amsterdam and efforts to encourage visitors to other parts of the country are unlikely to have much effect. What is needed, he said, is ‘radical measures to stop the growth. Permit fewer flights, set quotas for hotel rooms, no more cruise ships.’

Efforts to reduce the impact of tourism also have a role in the ongoing talks to put together a new Amsterdam city government.

Rutger Groot Wassink, the leader of GroenLinks in the city, is pressing for a halt to construction of new hotels in the centre and tougher regulations for Airbnb and similar platforms. The city should also actively invest in encouraging people to go elsewhere, he told BNR radio.