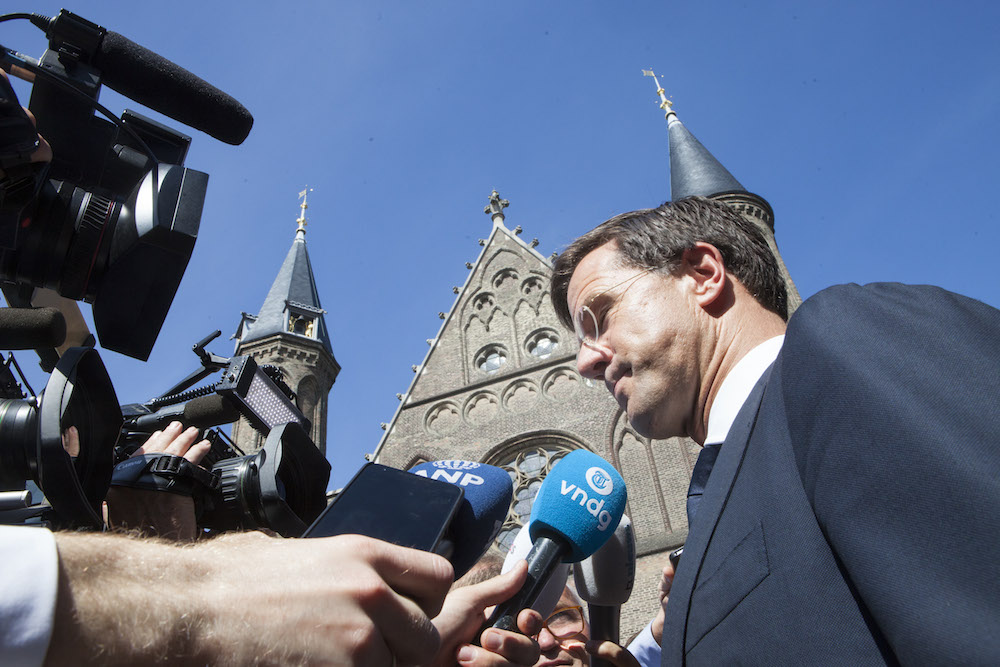 Prime minister Mark Rutte has promised to publish all memos relating to the government’s controversial plan to scrap dividend tax.

Rutte had previously said the documents would not be made public because it would breach the confidentiality of coalition talks and make it harder to form governments in future.

The proposal to abolish dividend tax for foreign investors was included in the new government’s coalition agreement in November even though none of the four parties in the cabinet had mentioned it in their election manifestos. It is expected to cost the state €1.4 billion a year once it is implemented in 2020.

For months ministers insisted the negotiators had received no memos on the subject from third parties. But when two academics filed a freedom of information request to see the documents, the finance ministry replied that releasing them would ‘breach the confidentiality of the negotiations’ – thus confirming their existence.

Rutte insisted at his press conference on Friday that he had no memory of seeing any such document. But on Monday morning he told reporters: ‘Having considered the matter we have decided it would be good to make a exception on this occasion on the confidentiality of the documents.

‘But as a one-off measure, because we believe that if we did this on other issues it would make it impossible to form governments in the Netherlands.’

Rutte said two personal memorandums sent to economic affairs minister Eric Wiebes, which came to light in the Telegraaf newspaper on Monday, would also be made public, as well as any relevant documents sent to other departments.

Labour party leader Lodewijk Asscher accused Rutte of lying about the existence of the documents and demanded a full explanation from ministers of the conflicting reports.

‘I don’t have another explanation for memos that first didn’t exist, then there was no an active memory of them, then they were on the side table and then maybe were or were not on the finance negotiators’ desk. Different ministers with different versions of the truth: it’s a mess,’ he told NOS.

Opposition parties have claimed that scrapping dividend tax is an economically unproductive measure and that the government bowed to threats from multinational companies such as Shell and Unilever to move their headquarters out of the Netherlands.

In March Unilever announced it was closing its joint headquarters in London and basing its operations solely in Rotterdam. Rutte said the decision was ‘very good news’ but denied that it made scrapping dividend tax unnecessary. ‘We want to bring as many head offices as possible to the Netherlands,’ he said.