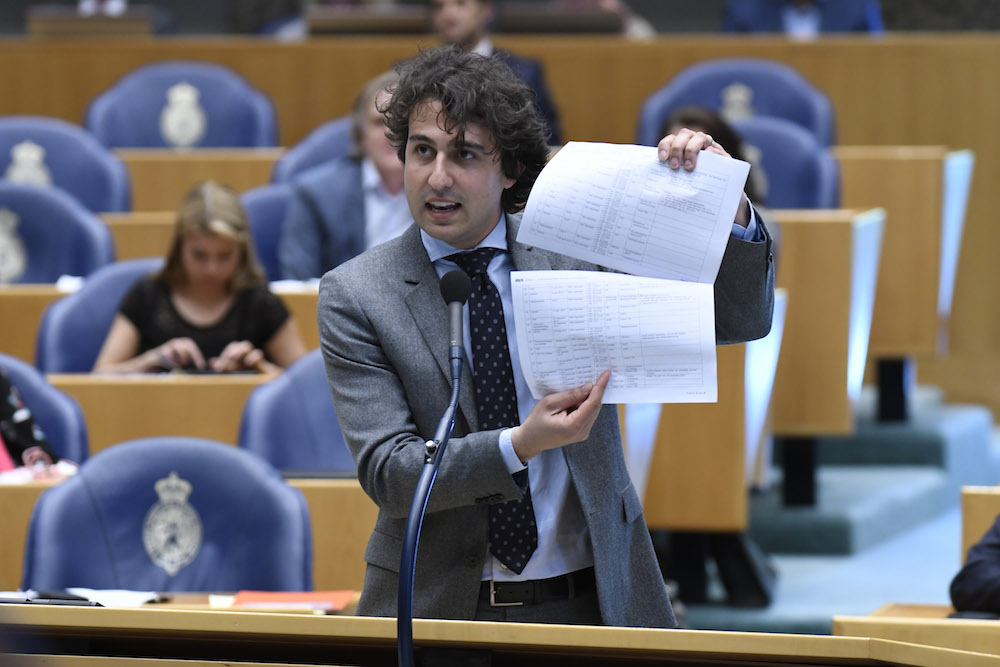 Prime minister Mark Rutte narrowly survived a motion of censure on Wednesday night, as MPs condemned the way he had handled the situation around secret memos on abolishing dividend tax.

The motion, proposed by GroenLinks leader Jesse Klaver, was supported by 67 MPs, while 76 – all four cabinet parties plus the fundamentalist Protestant SGP – voted against.

Klaver, who led the onslaught on the prime minister during the debate, said the way Rutte had briefed parliament on the memos was wrong.

Both Rutte and finance minister Eric Wiebes, who drew up one of the memos, told parliament they had made mistakes.

Rutte in particular said he should have done more to find out if there actually were notes about the tax when the issue was raised in parliament in November. The prime minister claimed he had forgotten about the documents which were used during the cabinet formation process.

But he also stated that he still believed the memos should not have been made public.

The memos themselves make it clear that finance ministry officials felt abolishing the tax on foreign shareholders ‘did not play a major role’ in the Netherlands attractiveness as a place to do business, as argued strongly by the cabinet.

In addition, it would be be ‘bad for the Netherlands’ image’ because it increased the risk of companies moving money through the country as part of tax avoidance schemes, finance ministry officials state.

The scrapping of the tax on foreign shareholders will cost the Dutch treasury €1.4 billion a year from 2020.