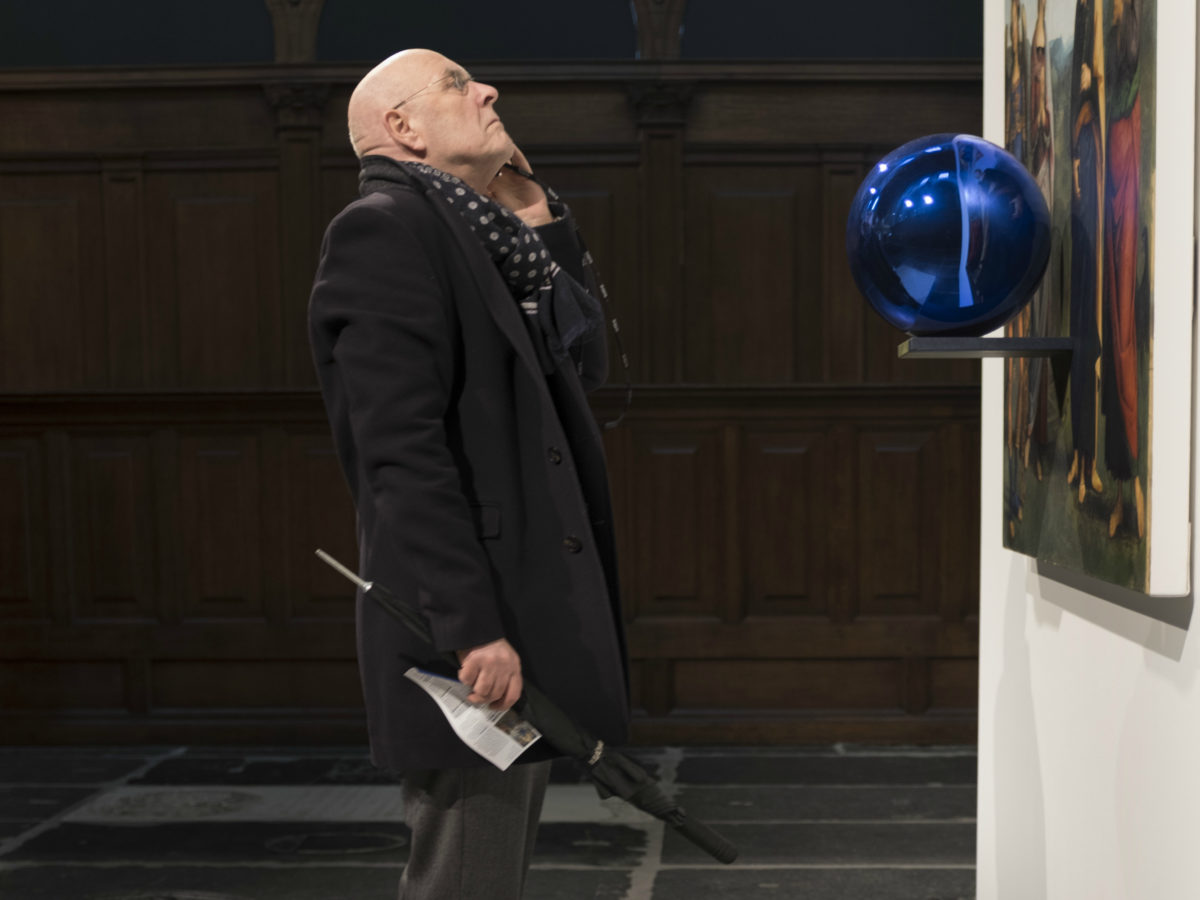 An exhibition in Amsterdam of a work by the American artist Jeff Koons had an explosive conclusion when a visitor accidentally shattered it on the final day.

‘Gazing Ball’ was a meticulous copy of an altarpiece by the 16th-century Italian artist Pietro Perugino, Madonna and Child with Four Saints, offset by a blue glass ball.

Koons said the purpose of the ball was to transform the work into a three-dimensional interactive experience. ‘You become part of the painting and the painting becomes part of you,’ he told the Volkskrant in an interview shortly before the item went on show in February.

But the kind of interaction that took place in the Nieuwe Kerk on Sunday afternoon was probably not what Koons had in mind. ‘We are still investigating exactly what happened,’ spokesman Martijn van Schieveen told the Volkskrant.

He added that the visitor concerned was ‘deeply shocked’ and there was no suggestion of sabotage. ‘He wanted to touch the artwork like lots of other people. Then the ball shattered.’

Van Schieveen would not disclose how much the work was valued for for insurance reasons. He also declined to comment on why visitors were able to come so close to the exhibits. ‘There was a line on the ground to show that visitors are not allowed to get too near. The security guards also watch out that it doesn’t happen.’

Gazing Ball was on display as part of the Masterworks exhibition in the Nieuwe Kerk, a rotating exhibition which focuses on a single work of art at one time. The work was due to be replaced on Monday. Previously featured artists have included Andy Warhol, Marc Chagall and Francis Bacon.

Koons has so far not commented on the demise of his ball.