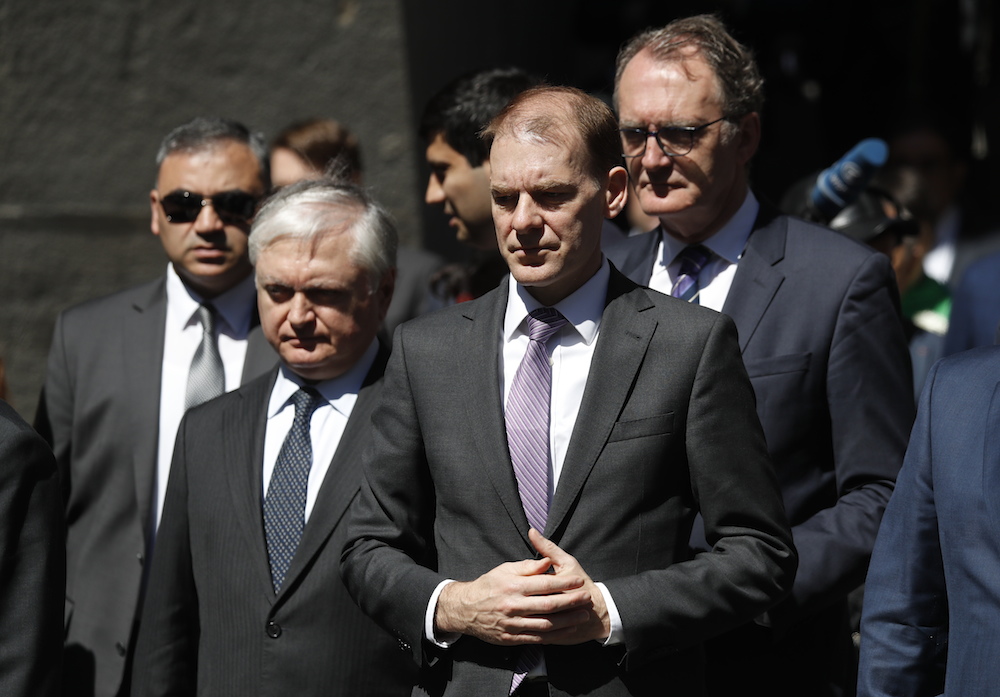 Menno Snel at the ceremony. Photo TASS via HH

Junior finance minister Menno Snel attended a ceremony to mark the Armenian genocide on behalf the Dutch parliament on Tuesday.

Parliament voted in February almost unanimously in favour or recognising the killing of 1.5 million Armenians in the dying days of the Ottoman Empire as genocide. Only Denk voted against the motion.

The government then agreed to send a minister to the commemoration of the Armenian genocide in Yerevan, in line with parliament’s wishes, without formally recognising the genocide as such.

‘By attending the commemoration we are showing our respect for the terrible events done to minorities, in the same way that the government attends the commemoration of the Dutch slavery history,’ Sigrid Kaag said during a debate on the issue.

The Dutch government officially refers to the killings as ‘the question of the Armenian genocide’, rather than outright as genocide.