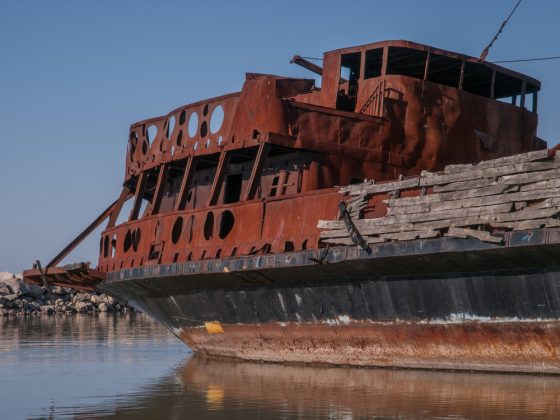 A file photo of a rusting ship. Photo: Depositphotos.com

Officials at Dutch shipping company Seatrade have been ordered by a court in Rotterdam to pay fines of between €50,000 and €750,000 for illegally sailing ships from the EU to India to have them scrapped.

In the first verdict of its kind in the Netherlands, the company’s directors were also banned from holding executive positions at shipping companies for a year.

The judge said Seatrade knew that when it sailed the ships to India they were going to be dismantled, which makes the practice illegal, RTV Noord writes.

The ships, which contain large amounts of dangerous substances including asbestos, eventually ended up on beaches in Turkey, Bangladesh and India to be scrapped.

In a reaction, Seatrade spokesman Cor Radings said the decision left him ‘surprised and incredulous’ and said Seatrade would ‘most likely’ going to appeal against the decision. ‘We do not agree with the judges vision of the alleged infraction of the regulations surrounding the disposal of waste,’ he told the broadcaster.

Seatrade claims it never intended to have the ships scrapped but only made the decision once the ships had left EU territorial waters. The company claims it is being made a scapegoat for the worldwide problem of scrapping obsolete ships – some 1,000 a year are said to be illegally broken up.

An estimated 80% of those were dismantled in India, Pakistan and Bangladesh last year, shipping news site MarineLink said.

MarineLink says hundreds of ships end up on the beaches of India and other countries in the region each year. ‘They are demolished by untrained workers who have no way to safely deal with the toxic waste the ships contain. (..) Rules adopted by the EU in 2013 mandate that ships registered in the EU must be recycled through approved facilities. But the rules contain loopholes, and the South Asian yards continue to dismantle old ships,’ the website said.

Trade union FNV welcomed the verdict, broadcaster NOS reported. The union hopes it will lead to a broad discussion and the improvement of workers’ conditions.