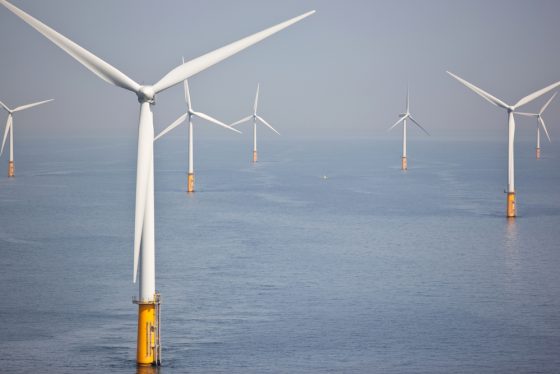 The Dutch government has set aside an additional three areas of the North Sea as sites for wind farms, adding to the five already planned.

One wind farm will be sited 56 kilometres north of the Wadden Sea island of Schiermonnikoog and the other two will be some 50 kilometres off the coast at Petten and IJmuiden in Noord-Holland province, the economic affairs ministry documents show.

The new wind farms will add seven gigawatts to wind turbine production by 2030, adding to the 4.5 gigawatts already planned.

Economic affairs minister Erik Wiebes says the new wind farms are necessary to meet the climate change targets set down in the new government’s coalition agreement. The agreement states that by 2030, some 40% of total energy usage in the Netherlands should come from North Sea wind turbines.

Earlier this month, the government granted the concession for the Hollandse Kust Zuid offshore wind farm to Vattenfall, the Swedish state-owned energy company which is the parent of Dutch power group Nuon.

The 30-year, €1.5bn project is said to be the first non-subsidised offshore windfarm in the world.