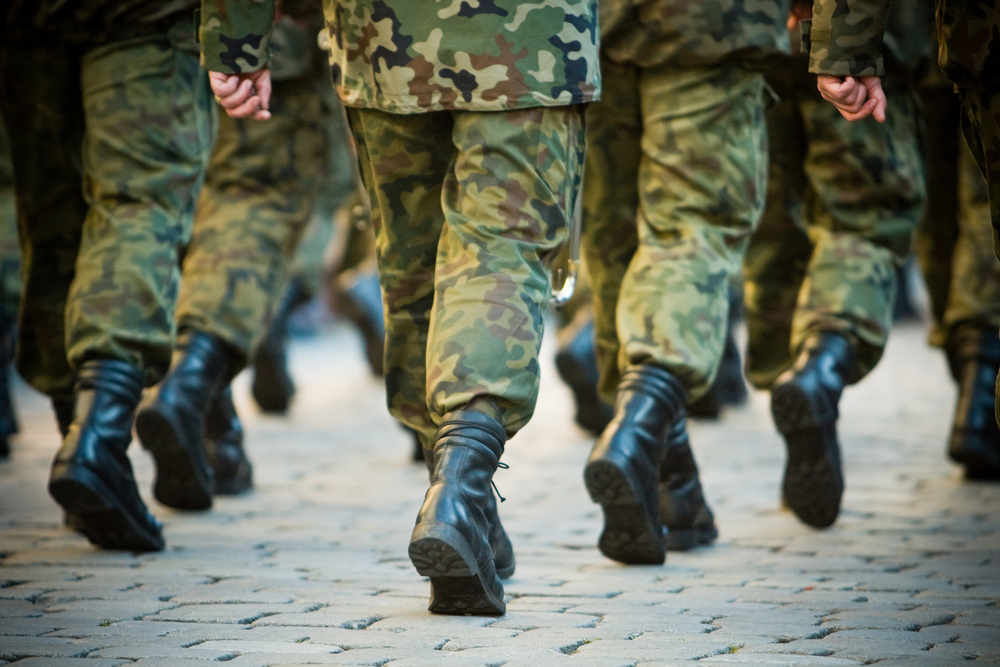 The Dutch government is planning to lift a ban on military uniforms in public in the hope that it encourages more people to join the armed forces.

The ban was introduced in 2014 amid concern that soldiers could be targeted by terrorists, following a call by a Syria-based Dutch jihadist to attack the government.

Two years later the order was relaxed to allow soldiers to wear combat gear in their cars, but the ban on uniforms remained in force on public transport.

Defence minister Ank Bijleveld announced in the defence budget on Monday that she planned to revoke the ban altogether, partly to raise the military’s profile in society. ‘The army has the job of protecting our kingdom and its allies. Therefore it is important for people to be able to recognise and approach them.’

Bijleveld and junior minister Barbara Visser said in an interview in AD that the armed forces wanted the change in policy in order to improve recruitment levels. ‘We need to recruit a lot of new people so it’s important to show what the military does and that people can talk to them in the street if they want to know more about their work.’