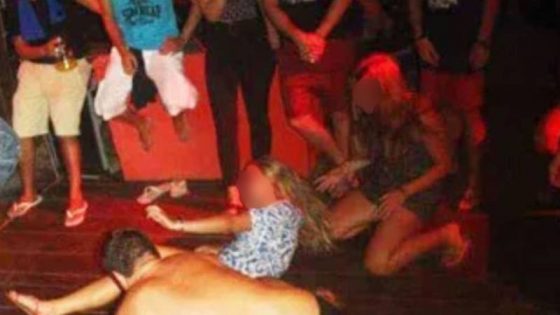 The 10 foreign nationals, including a 22-year-old Dutchman, who were arrested in Cambodia for ‘pornographic dancing’ have reportedly apologised for their actions.

New video footage broadcast by NOS shows the eight men and two women, dressed in shorts and t-shirts, with their hands pressed together in a position of prayer and bowing slightly to the camera.

They were among those arrested when police broke up a house party in the tourist resort of Siem Reap, near the historic temple complex at Angkor Wat, attended by around 90 people a week ago.

Most were released almost immediately but eight men and two women were detained, including five Britons, two Canadians, a Norwegian, a New Zealander and the Dutch national.

The Netherlands does not have a diplomatic office in Cambodia and the Dutchman is being visited by British embassy personnel, broadcaster NOS said.

According to the Khymer Times, the 10 have been charged with the production of pornography which carries a maximum prison sentence of one year and a fine from about $50 to $500.

The paper quotes their lawyer Soung Sophea as saying the 10 do not want bail and are calling for their trial to be held as soon as possible. ‘They want the court to speed up their case and hold the trial quickly because they want to go back to their countries,’ he said.