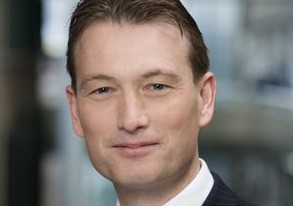 The Netherlands has withdrawn its ambassador to Turkey in a setback for efforts to restore relations between the two countries following last year’s row when a Turkish government minister was prevented from speaking at a meeting.

The ambassador’s post in Ankara has been unfilled since last April, but the formal withdrawal indicates that talks to normalise the situation have failed to make progress.

Foreign affairs minister Halbe Zijlstra said no new Turkish ambassador would be received in The Hague until the issue was resolved. ‘This message has been conveyed to the Turkish chargé d’affaires,’ said Zijlstra.

The dispute began last March when Turkey’s foreign minister was refused permission to land on Dutch soil as he travelled to address a meeting of his country’s nationals about a referendum on extending the powers of president Erdogan.

A few days later the country’s families minister was barred from attending a similar gathering before being driven out of the county under a police escort, following a stand-off broadcast live on Turkish television.

In the build-up to the row Erdogan had denounced the Dutch government as ‘vestiges of Nazism’ and made disparaging remarks about Dutch troops’ role in the Srebrenica massacre. Prime minister Mark Rutte described the comments as a ‘disgusting falsification of history’. But in recent months Erdogan appeared to have adopted a more conciliatory tone, describing the Netherlands, Germany and Belgium as ‘old friends’.

Zijlstra said he had held talks with Turkish officials in recent weeks, but did not say why they had broken down.

Last month the minister called for Turkey to show restraint in dealing with Kurdish militia in north-western Syria as the country’s civil war enters its final stages. ‘We are very concerned about the large-scale operation that now appears to be taking place,’ said Zijlstra.