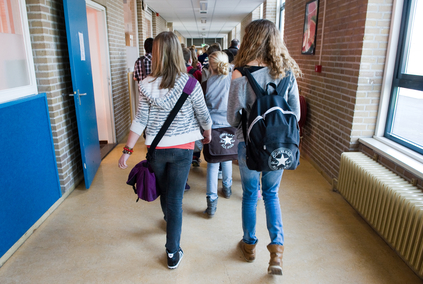 A quarter of Dutch school trips abroad no longer include destinations that have been hit by terrorist attacks, a new poll says.

Educational research bureau DUO polled 200 secondary schools and over two thirds of the respondents expressed doubts about the safety of such trips. Many schools have scrapped London, Paris and Berlin as destinations and are favouring smaller cities, like Valencia or Glasgow. Some schools are avoiding all European capitals.

A small number of schools said they are abolishing trips abroad altogether, not because of terrorism but because of the risks involved in sending teachers abroad with a group of teenagers.

‘Safety is relative, of course. Something could happen at home as well,’ the AD quotes school administrator Rob Aarts as saying.

According to the researchers, parents play an important role when it comes to deciding a destination. At over half of the schools some pupils are not allowed to go on a school trip abroad because their parents object. ‘Many schools respect the opinion of the parents although the ultimate decision lies with them,’ DUO researcher Liesbeth van der Woud told the paper.

Some 83% of secondary schools in the Netherlands organise trips abroad.