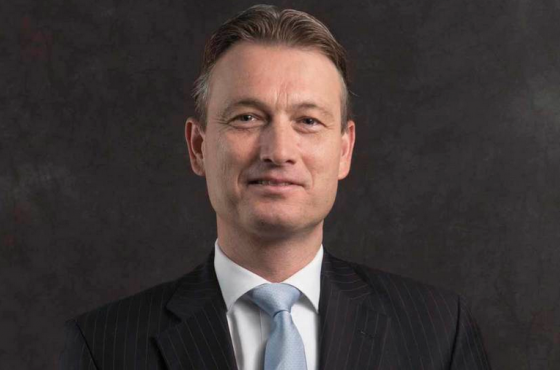 Zijlstra ‘borrowed’ the story from Van der Veer and concluded from his words that there was a threat of war with Russia. In his original version of the story, Zijlstra, who worked for Shell at the time, claimed he had been a back room in the dacha when he heard Putin define ‘Greater Russia’ as ‘Russia, Belarus, Ukraine and the Baltic states.’ Putin then added that ‘Kazakhstan was nice to have’.

However, Van der Veer told the Volkskrant in an email that he had spoken to Zijlstra about Putin in a more wide-ranging conversation but that Putin’s remark about Greater Russia was ‘historically intended’.

Zijlstra’s interpretation of the comments ‘did not come from me or from the words I used’, he said. Nor does Van der Veer recognise the quote about Kazakhstan. ‘I don’t recall how I mentioned the specific countries to Zijlstra at the time, but “nice to have” is not a term I would use,’ he told the paper.

Prime minister Mark Rutte said earlier on Monday that while Zijlstra’s comments were unwise, it was ‘not a case of fake news, because he wanted to protect a source.’ That source has now been revealed to be Van der Veer.

‘I think he is credible because there is no dispute about the content of the story,’ Rutte said.

Other senior VVD figures have also come out in support for Zijlstra. The remarks are ‘to be regretted but do not need to have political consequences,’ party stalwart Frits Bolkestein said.

Despite the support for Zijlstra, experts suggest the minister’s credibility has been weakened by his lies. ‘You have to be able to believe what a foreign minister says,’ diplomacy expert Robert van der Roer told the Volkskrant, adding that the Netherlands reputation has been undermined as well.

The Financieele Dagblad heads its editorial ‘The end of Zijlstra’. ‘If Zijlstra is allowed to remain the credibility of this cabinet will be compromised. Not only would it invalidate any criticism of Russia, it would also damage the campaign against fake news. For the future of the coalition and the prestige of politics it would be better if Zijlstra left.’

The Volkskrant says Zijlstra ‘twisted Putin’s words, first to make himself look important, then to save his skin’. According to the paper, Zijlstra’s ‘fake story made him vulnerable to blackmail by the Russians who knew what really happened’, the paper writes.

The Volkskrant is also critical of Zijlstra’s fellow politicians. Now that he has confessed ‘the coalition wagon trail has formed a circle’ so as not to endanger the fledgling coalition.’

The Volkskrant says the cabinet and prime minister Rutte are ‘oblivious of the impact of this lying and prevaricating’. Rutte himself is now vulnerable because he accused the Russians of lying several times in the MH17-file which he has repeatedly says is a priority. Loyalty to political friends is a virtue but the interests of the country come first,’ the Volkskrant concludes.

Zijlstra is due to fly out to Moscow on Tuesday for his first official meeting with his Russian opposite number Sergey Lavrov on Wednesday.