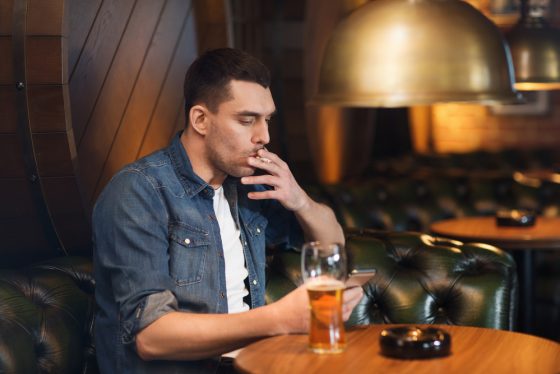 Cafes and bars will have to close their special smoking rooms, which they set up when the ban on smoking was introduced in 2008, appeal court judges in The Hague said on Tuesday.

The case was brought by Clean Air Nederland which argued that by allowing special smoking rooms, the Netherlands was breaking the terms of an agreement with the World Health Organisation.

In that agreement, the Netherlands said it would take steps to stop people being exposed to tobacco in ‘indoor public places’. The court has now ruled this also applies to smoking rooms in cafes and bars.

The court said that non-smokers could feel social pressure to join smokers in the smoking areas. In addition, smoke unavoidably escapes from the rooms and that cafe staff who have to clean them also become exposed to tobacco.

‘This is dangerous, because it has been established that there is no safe level for exposure to tobacco smoke,’ the court said in its ruling.

The court did reject part of the case in which CAN argued for a ban on smoking rooms in other public buildings, saying it had not provided enough evidence.