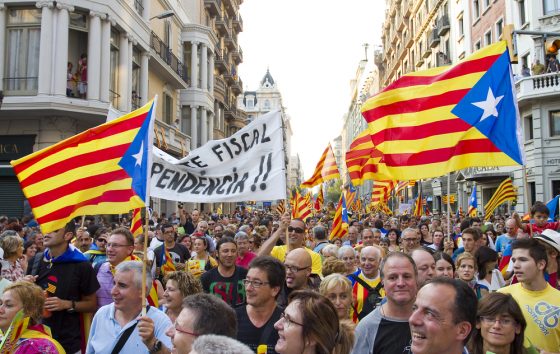 The Hague Centre for Strategic Studies, which sent ‘independent observers’ to monitor the referendum in Catalonia, was paid by the Catalan regional government, broadcaster NOS said on Friday.

The think-tank was given almost €120,000 during the referendum, which was paid by the embassy of the regional government in Brussels in two separate transactions, the broadcaster said.

NOS bases its claims on a Spanish high court investigation into the referendum, which is looking into the payments in more detail.

HCSS director Paul Sinning has admitted the institution signed a contract with the Catalan government but will not go into details about what work the centre was to carry out, NOS said.

‘I cannot go into that, in order to protect our independence,’ he said.

Opponents of the independence claim say the observers were used to give legitimacy to the public vote. Normally, the OSCE will send observers to elections if requested by the national government.

A report by the HCSS on the police violence during the referendum was widely quoted in the international media. ‘The use of force displayed by the Spanish police has no place in established democracies, the report said.