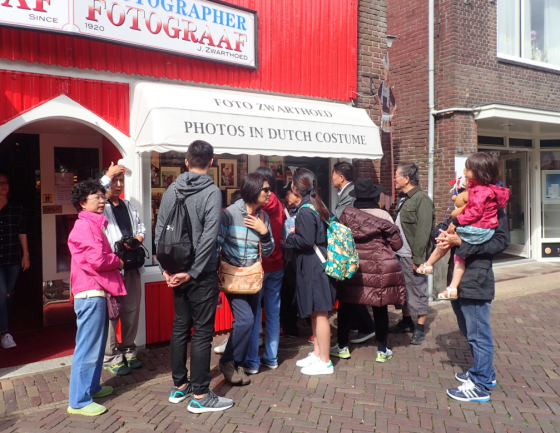 The number of foreign tourists visiting the Netherlands reached a new record last year, soaring 11% to hit 17.6 million, the national tourism and convention board NBTC reported on Monday.

Tourists spent a total of €12.9bn during their stay, the figures show.

Most foreign visitors – 42% – came from Germany and Belgium. German tourists numbered more than five million and the NBTC said it is clear that the German economy is improving because of the increase in short breaks.

More than 2.2 million Belgians visited the Netherlands last year while Britain was in third place with nearly 2.2 million visitors. The NBTC expects visitor number to top 18.5 million in 2018, a rise of 5% on last year.

The popularity of the Netherlands, especially for weekend breaks, has led the NBTC to develop a new strategy to try to better spread tourists across the country.

‘We need to invest more in accessibility, new and more varied experiences, and appropriate places to stay,’ director Jos Vranken said. ‘On Wednesday we will urge MPs to focus on the need to strengthen and speed up the implementation of the HollandCity strategy.’

The HollandCity strategy involves promoting the Netherlands as a single metropolis with lots of districts, such as Lake District Friesland and Design District Eindhoven.