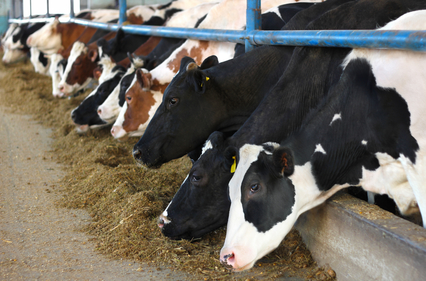 Many Dutch farmers are fiddling the books about the age of the cows they have, allowing them to get round strict rules on manure and phosphate reduction, farm minister Carola Schouten has told MPs.

Ministry inspectors found fraud in the registration of calves on half the 93 farms they visited earlier this week, Schouten said in the briefing.

Adult cows are more polluting, so farmers are passing some older calves off as younger animals by claiming that their cows have given birth to twins or triplets.

This enables them to reduce the amount of manure and phosphates each cow had produced on paper. Normally, between 3% and 5% of cows have multiple births, but last year the figure on 2,000 Dutch farms reached over 10% and on a further 5,700 farms between 5% and 10%.

‘Every form of fraud is unacceptable,’ Schouten said. ‘These are criminal acts… companies which commit fraud can expect fines, their EU subsidies to be cut and possibly prosecution.’

The ministry statement coincided with new figures from national statistics office CBS which say that Dutch farmers met EU phosphate targets last year. It is the first time in three years that the target has been met.

The CBS said that efforts to reduce the number of cows in the Netherlands had an impact and that the national herd has shrunk by 130,000 animals.

The new reduction plan was introduced following the abolition of milk quotas, which led many farmers to expand, despite the impact on manure and phosphate levels.

At the end of last year, the NRC revealed that farmers are also committing fraud on a wide scale when it comes to manure.

Farmers are forging their accounts, illegally trading their manure or dumping more on their land than permitted by law, while transport companies are fiddling lorry weights and making unrecorded trips to dump manure at night, the paper said.

In total, the NRC found that 36 of the 56 manure processing and distribution companies in the two regions had been fined for fraud, or suspected of fraud, in what the paper calls the ‘manure conspiracy’.