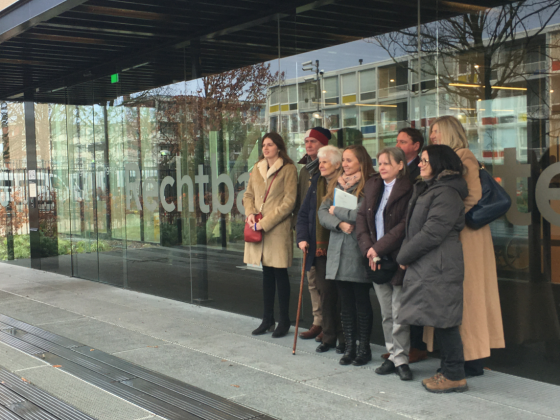 A judge in Amsterdam will announce in three weeks time if he will refer a case brought by British nationals fighting to keep European citizenship to the European court of justice.

The case has been brought by five individuals, backed by the Brexpats – Hear Our Voice foundation and the Commercial Anglo Dutch Society (CADS), and is supported by London lawyer Jolyon Maugham.

They hope the Amsterdam court will refer the issue to the Luxembourg court and that it will clarify what EU law says about citizenship. ‘I am very concerned what the loss of EU citizenship means for the million or so UK citizens who live and work in the EU,’ Maugham said ahead of Wednesday’s proceedings at the Amsterdam court.

EU treaties state that any person who is a citizen of an EU member state is also an EU citizen which entitles them to move and live freely within the EU itself.  Although the EU and Britain have made some progress on citizens’ rights in their negotiations so far, many – such as freedom of movement – are still up in the air.

‘It is not part of the nationality of a member state or dependent on it. It is an addition to that nationality,’ the lawyer said.


‘This case,’ he said, ‘is about people who have made use of the rights which flow from their European citizenship and are well integrated into another member state. They have made families, found work and paid taxes. They are people who can say they are Europeans.’

However, lawyers for the Dutch state and the city of Amsterdam described the case as artificial and said that there was no proper connection to Dutch law. British nationals should, they said, direct themselves to the British government or British courts instead.

‘The current citizenship of the union which the British have can not offer any basis for the right to reside in the EU after Brexit,’ state lawyer Erik Pijnacker Hordijk said.

After the hearing CADS director Mike Waters told DutchNews.nl that he felt the judge had listened carefully to their arguments. ‘I would like clarity about what is going to happen to my rights and the rights of our members,’ he said.

You can comment on this story in the comments section below