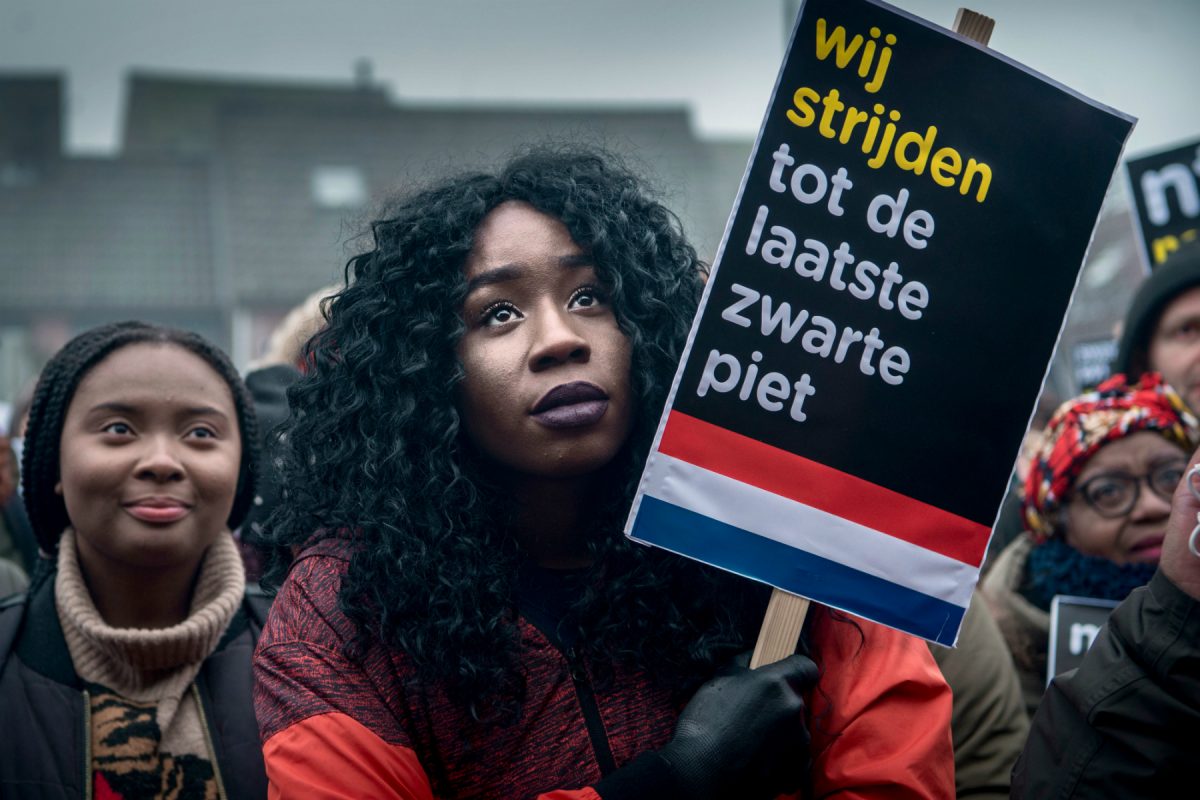 Around 200 demonstrators were in Dokkum. Photo: Corné Sparidaens/HH

Police union ACP has come under fire for revealing at the weekend that the cost of supervising a demonstration against Zwarte Piet in the Frisian town of Dokkum ran into the hundreds of euros.

ACP chairman Gerrit van de Kamp estimated the cost of the operation at between €350,000 and €500,000. ‘Those are hours that we can’t spend on other business,’ he told RTL Nieuws.

Around 200 people took part in Saturday’s demonstration, holding banners and chanting ‘No more blackface’ and ‘No more Zwarte Piet!’ Police had expected around 300 demonstrators as well as several dozen counter-protesters, but the latter stayed away.

Protest leader Jerry Afriyie told the Volkskrant that dozens of protesters had called off because of the escalating tension around the Zware Piet issue. ‘They didn’t dare to come any more,’ he said.

Saturday’s demonstration was organised after protesters were unable to reach the town on the day of the official welcoming parade for Sinterklaas two weeks ago when nationalist counter-demonstrators, including members of the far-right Pegida group, blockaded the A7 motorway.

The local mayor had given permission for the protest to take place just before the parade, but reversed the decision at the last minute on ‘safety grounds’.

A criminal investigation has been launched into the blockade, which may lead to prosecutions for illegally stopping cars on the motorway and endangering road safety. Several minor accidents were reported in the queue that built up on the A7 on November 23.

This time police sealed off the route to ensure the demonstrators could travel unhindered. Riot police were on standby in the town centre and police were given temporary powers to carry out random ID checks. Two people unconnected with the protest were detained for not producing ID.

‘It made me think of the first black children in the US who needed an army escort to travel to mixed-race schools,’ Afriyie said of the scale of the police operation.

The ACP’s intervention was criticised by politicians who said democratic rights should not be framed as a financial burden. D66 MP Monica den Boer said it was wrong to ‘put a price tag on the right to demonstrate.’

CDA MP Chris van Dam said: ‘It’s absurd that so many police had to turn out for a demonstration, but the costs cannot be allowed to come first. It’s a bad idea by the ACP.’

Van de Kamp said the ACP wanted to make people aware of the cost implications of policing the right to freedom of assembly. ‘It’s an important first step for us. Demonstrations often come on top of other duties, at the cost of other things we could be doing.’