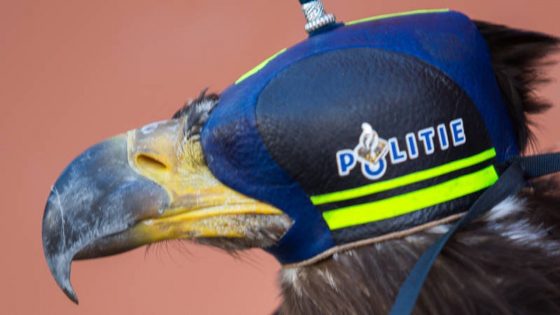 A year into the scheme, there is not much demand for the animal cops services and training them has turned out to be costly and not as straightforward as expected, a police spokesman said.

There is doubt about whether the birds will act in the way they have been trained outside of the controlled training environment.

The Netherlands was the first country to tackle the problem of possible terrorist drones by using trained eagles. The birds, the theory went, would see the drones as prey and take them out.

Police are also renouncing on the services of sniffer rats, which were going to be used to detect illegal fireworks, fake cigarettes and human bones because they could not be made ‘operational’, NOS writes.

The rats and the eagles have been taken to new homes.