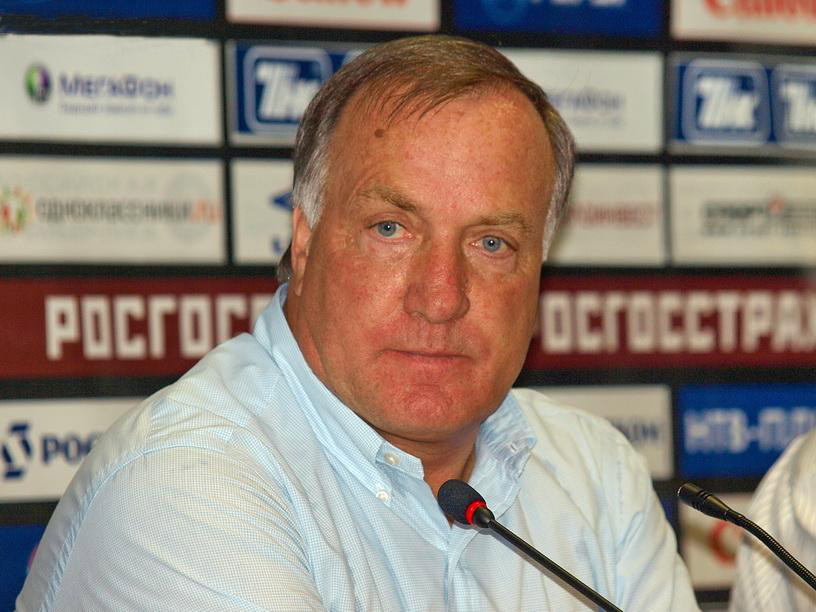 Dick Advocaat has not said if he will be available to continue as coach.

Ruud Gullit has said he will step down as assistant coach of the Dutch national football team if Dick Advocaat decides not to carry on next year.

Advocaat’s contract ends after two friendly matches later this year, but the 70-year-old has not said if he plans to continue.

Advocaat told reporters that he saw Gullit as an ideal successor, but the 55-year-old former national team captain said he was not interested in working under another coach such as Frank de Boer or Ronald Koeman.

‘If the KNVB [Dutch football association] decide to continue with Advocaat that would be great,’ he told Ziggo Sport programme Rondo. ‘We were on the brink of qualifying for the World Cup, but our run of results gave us the feeling that we Oranje could win again, even if we weren’t playing well.

‘I’ve enjoyed working with Dick. He has a lot of experience and being national team manager is very different from managing a club. I admire the way Dick does his job.’

Gullit was widely criticised in the wake of September’s 3-1 home win over Bulgaria when he posted a video of the players in the dressing room after what he called a ‘fantastic game’. Commentators called for him to resign and in a live TV interview, a bristling Advocaat described his assistant’s behaviour as ‘very strange’.

Gullit also said the KNVB should avoid trying to fix the national team’s recent woes by hiring a foreign coach. ‘We know very well what needs to happen,’ he said.