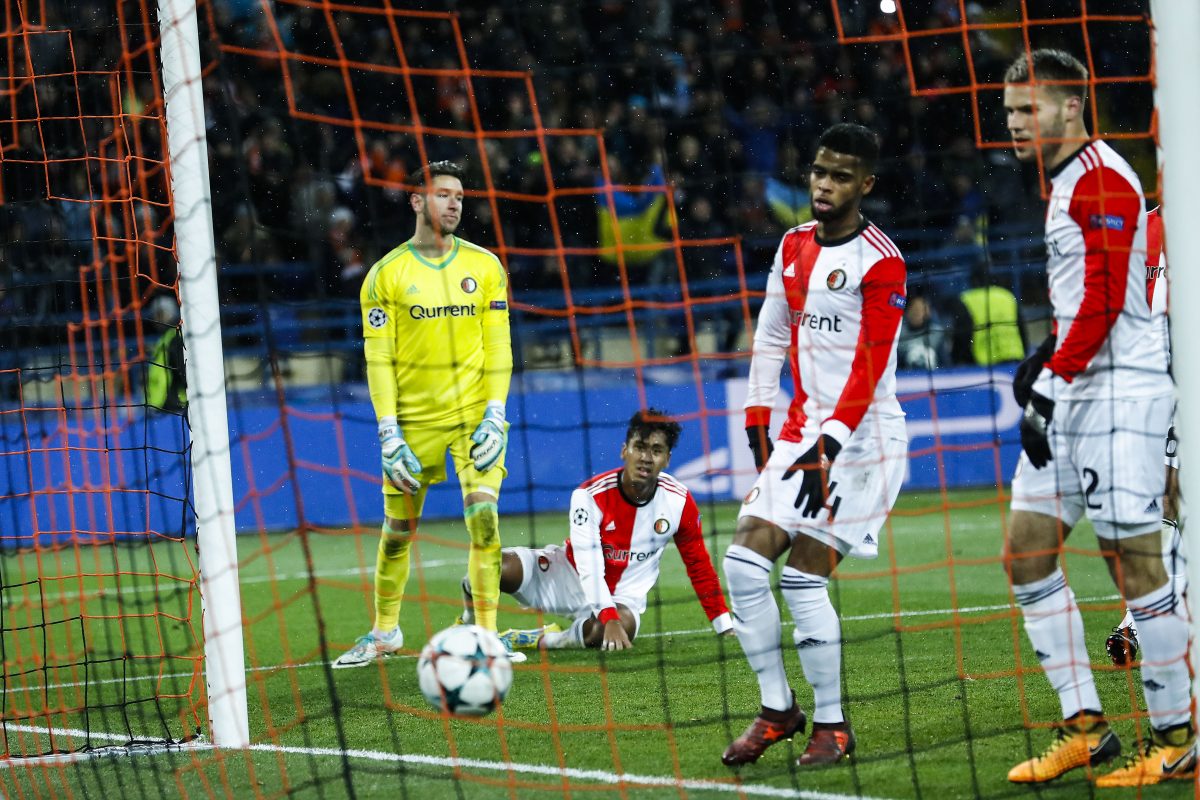 Feyenoord took an early lead in Kharkiv but the Ukrainians proved too strong. Photo: VI/HH

Dutch champions Feyenoord are out of the Champions League after four of the six group games following Wednesday night’s 3-1 defeat to Shaktar Donetsk.

Goals by Facundo Ferreyra and Marlos, who scored twice, snuffed out the Rotterdam side’s slim hopes of progressing in Kharkiv after Nicolai Jørgensen had given the visitors an early lead.

Coach Giovanni van Bronkhorst said his players had failed to capitalise on a strong start. ‘We lost our lead far too quickly. At Champions League level you get punished for every mistake.’

Feyenoord’s fourth straight defeat in the competition puts them on course to beat Willem II’s record for the worst ever performance by a Dutch team. The Tilburgers also lost their opening four group matches in 1999, but with a slightly better goal difference (minus eight to Feyenoord’s minus nine).

Having been eliminated, Willem II managed to draw their final games against Spartak Moscow and Bordeaux to finish on two points. Feyenoord will have to improve significantly against Manchester City in two weeks’ time to avoid an unprecedented fifth straight loss.