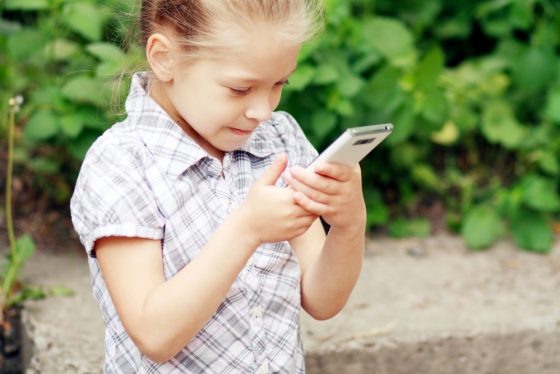 Hundreds of young children have their own phones. Photo: Depositphotos.com

In total, 441 Dutch four-year-olds and just under 1,000 five-year-olds have their own mobile phone, telecoms group KPN said on Tuesday.

The figures, which KPN says come from national statistics agency CBS, show that children are being given their first phone at an ever younger age.

But while parents think it important that they are able to reach their children by phone, they are also worried about the increasing influence of phones on their children’s lives.

Parents pay for nearly all phone costs up to the age of 14, when children start contributing themselves. While four to eight-year-olds cost an average of €5.50 a month, 13-year-olds are spending €12.40 and 18-year-olds €23, the KPN research found.

KPN published the findings to coincide with the launch of a new campaign to help parents make sure their children can deal with issues such as privacy and cyber-bullying.

DutchNews.nl has asked the CBS to confirm the figures about four-year-olds and mobile phone possession.