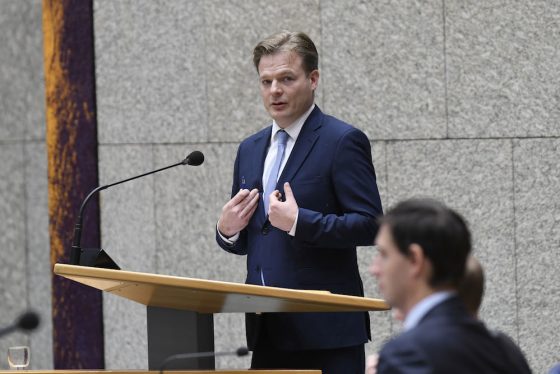 Christian Democrat MP Pieter Omtzigt can remain in his job as a parliamentarian, despite his role in priming a fake witness to the MH17 disaster at a meeting with relatives, his party has decided.

Omtzigt stepped down as the party’s spokesman on the MH17 crash on Monday, two days after the NRC reported he had helped a man, Aleksandr R, attend the meeting. During the gathering, R claimed to have seen other aircraft in the sky near the Malaysian Airlines plane at the time it was shot down in July 2014,

The NRC reported at the weekend that Omtizgt met R before the meeting and helped script his question. But it quickly emerged that R had not been at home on the night of the crash and he had already been interviewed by officials who had discounted him as a witness.

Omtzigt wrote in a tweet on Saturday that he regretted his intervention. ‘In my determination to get answers on this subject I behaved inappropriately at this meeting,’ he said.

CDA leader Sybrand Buma said on Tuesday afternoon after a meeting involving all 19 CDA MPs that the party accepted his explanation of what happened. The party has ‘great respect’ for the way Omtzigt has acted since the NRC published the revelations, Buma said. ‘He can continue to contribute fully through his other positions and the rest of the party has urged him to do this.’

Sacking Omtzigt, who is a popular MP and had nearly 100,000 preference votes at the last election, could have caused problems for the new coalition alliance, which  only has a majority of one in the lower house of parliament.