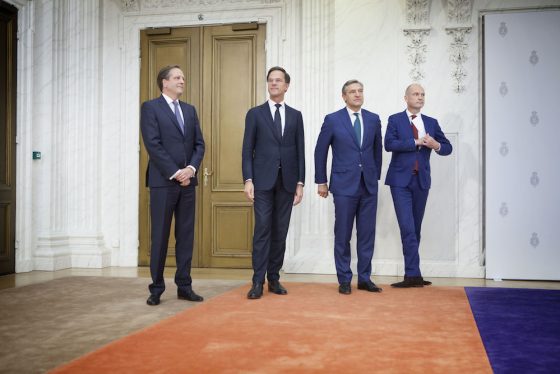 All groups in society in the Netherlands will be better off in the coming years, prime minister Mark Rutte said at the presentation of the new coalition government’s plans.

The 70-page agreement, thrashed out over a 4.5 month period between two Liberal and two Christian parties, is ‘ambitious and balanced’, the prime minister told reporters at a press conference within the parliamentary complex on Tuesday..

‘We have put together a package which will ensure that everyone in the Netherlands will be better off,’ he said. ‘More money for those in work, for the elderly, for neighbourhoods and for children. This is an agreement from which the normal, ordinary Dutch person, will really benefit.’

The coalition agreement in Dutch