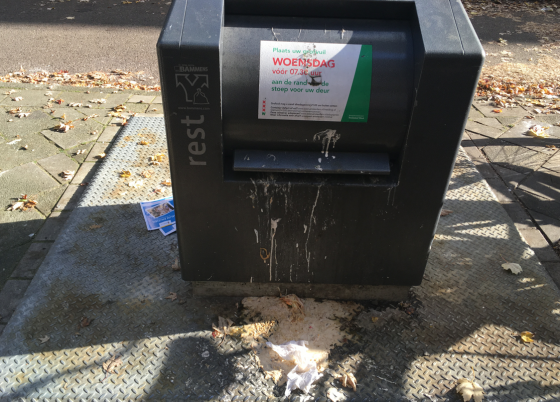 The rat is on the rise in the Netherlands. The number of reports of rat sightings made to Amsterdam’s health service GGD rose by 25% in 2016 and sightings doubled in Rotterdam, according to a report in the Telegraaf on Wednesday.

Wageningen University’s consultancy for pest management KAD told the paper control of the rat population is not being not well handled and professional vermin exterminators have warned about the spread of disease. Not to be outdone, the Dutch public health institute RIVM is investigating a ‘national plague of rats’. That report is due early next year.

Pest controller Wilfred Top told the Telegraaf the present increase in the rat population throughout the country had been expected.

Registration, training and changes in the rules for handling poisons are simply too expensive for smaller extermination firms, Top said.  ‘Meanwhile the rat population keeps growing. It’s getting out of hand,’ he said.

In Rotterdam reports of sightings have doubled over the past year and an action plan to combat the vermin has been set up. KAD is carrying out public awareness programmes in 33 communities including Eindhoven, Breda, Groningen and Arnhem. It offers sustainable methods to combat the vermin.

Weil’s disease, which is spread by rats, affected 88 Dutch citizens at home and abroad last year. Instances of the disease were rarely heard of in the Netherlands before 2014. It is transmitted by rat urine and causes a heavy fever, stomach pain and headaches and can be treated by antibiotics.

Amsterdam city council blames residents who feed the city’s ducks and pigeons for the rise in the rat population. ‘It’s very attractive for rats to live on food provided by humans. A major reason for the problems with rats is the overabundance of food in public spaces,’ a spokesman told the paper.