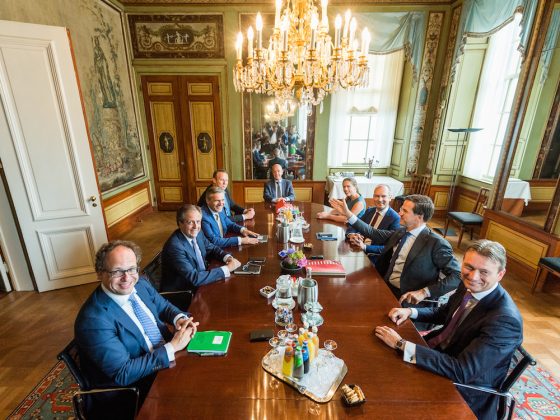 With the new cabinet set to formally publish its plans on Tuesday, more leaks about strategy and policy have been emerging in The Hague.

Broadcaster NOS reports that the four parties have decided it is ‘too legally complicated’ to make changes to the much criticised amnesty for child refugees, which allows some children considered to be well-rooted in the Netherlands to stay.

Both D66 and ChristenUnie included a pledge to relax the rules in their election manifestos but have now fallen into line with VVD and CDA wishes. Most applications made under the amnesty are refused because of the strict rules and just 100 out of 1,360 requests made between May 2013 and April 2016 were accepted.

The new coalition also plans to stop refugees with residency permits claiming welfare benefits or being given extra help in paying rent and health insurance for their first two years in the Netherlands, according to Volkskrant sources.

Instead, local councils will be responsible for paying for refugees’ housing and health insurance directly, as well as helping them find work and settle into the Netherlands.

In particular, this means newly-settled refugees will be given fewer choices about how to go about the integration process. While commercial ‘inburgering’ agencies will remain, the government will impose tougher standards on them, the Volkskrant said.

Only when refugees can prove they are sufficiently integrated will they be given full control over their housing and health insurance, the paper said.

The new coalition also plans to further reduce the amount of interest mortgage holders can deduct from tax.

NOS says the the deduction will be reduced in four stages of 3%, so that by 2013, home owners will be limited to a 37% deduction. The current rate is 49.5%. The impact of this on people earning over €68,000 a year will be limited by cuts in income tax, the broadcaster said.

Central bank president Klaas Knot has repeatedly called for cuts in the amount home owners can deduct from tax in order to make the housing market more stable.

According to the Financieele Dagblad, the new cabinet is to cut the basic rates of corporation tax from 25% to 21% while a tax rate of 16% will be levied over the first €200,000 in profits.

The cuts are to compensate for other changes which will require firms to spend more on sustainability and reaching climate targets, the sources said.

The Telegraaf also reports that the lower value-added tax of 6% will be increased to 9%. The lower rate applies to food, books and entertainment.

It has taken more than 200 days to put together the coalition agreement, which MPs will debate next week. After that, prime minister Mark Rutte will begin the process of appointing cabinet members.

The new ministerial line-up is not expected before October 23.