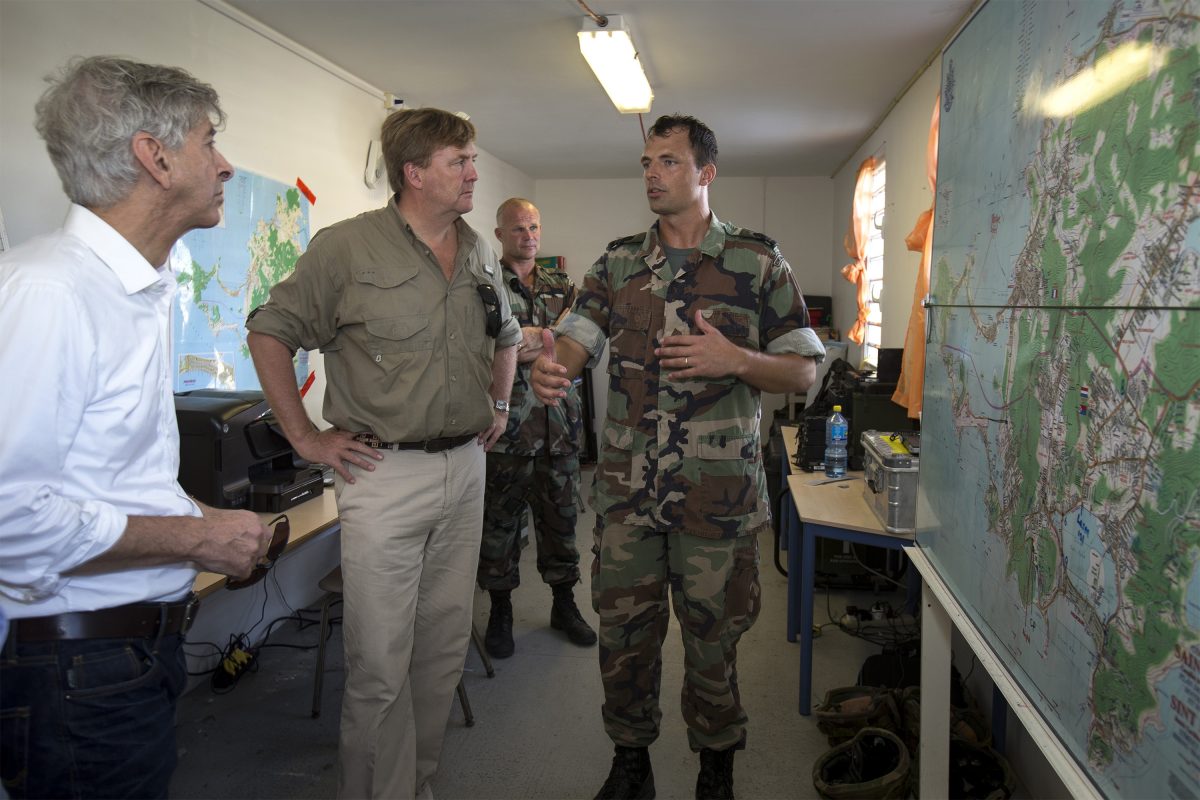 King Willem-Alexander has described the devastation on Sint-Maarten as ‘beyond anything you can imagine’ after visiting the Dutch Caribbean island in the wake of Hurricane Irma.

Around 70% of homes on Sint-Maarten were destroyed in the storm last week and large parts of the island are inaccessible, with no running water or telephone network.

‘I could see it already from the plane: I’ve never experienced anything like it,’ said the king. ‘I’ve seen plenty of destruction in my time from wars and natural disasters, but I’ve never seen this.’

He also spoke of his admiration for the inhabitants as they tried to pick up the pieces of their lives. ‘You can see people are working hard to clear it all up. They’re saying: we’re standing together shoulder to shoulder and we’re going to rebuild this island. They believe in the future.’

It is not clear if Sint-Maarten will be eligible for European Union funding to help with the enormous cost of restoration. While the French half of the island, Saint Martin, is a constituent part of France and automatically qualifies for EU subsidies, Sint-Maarten is a separate nation within the Kingdom of the Netherlands and not officially part of the EU.

Dutch MEP Agnes Jongerius said the urgency of the situation was more important than any regulations: ‘The rules don’t matter here. People on Sint-Maarten need help.’

The EU has allocated €2 billion in emergency funds for immediate disaster relief to restore basic essentials on Sint-Maarten such as drinking water and sanitation. The European Parliament is due to debate aid to the affected islands on Wednesday.