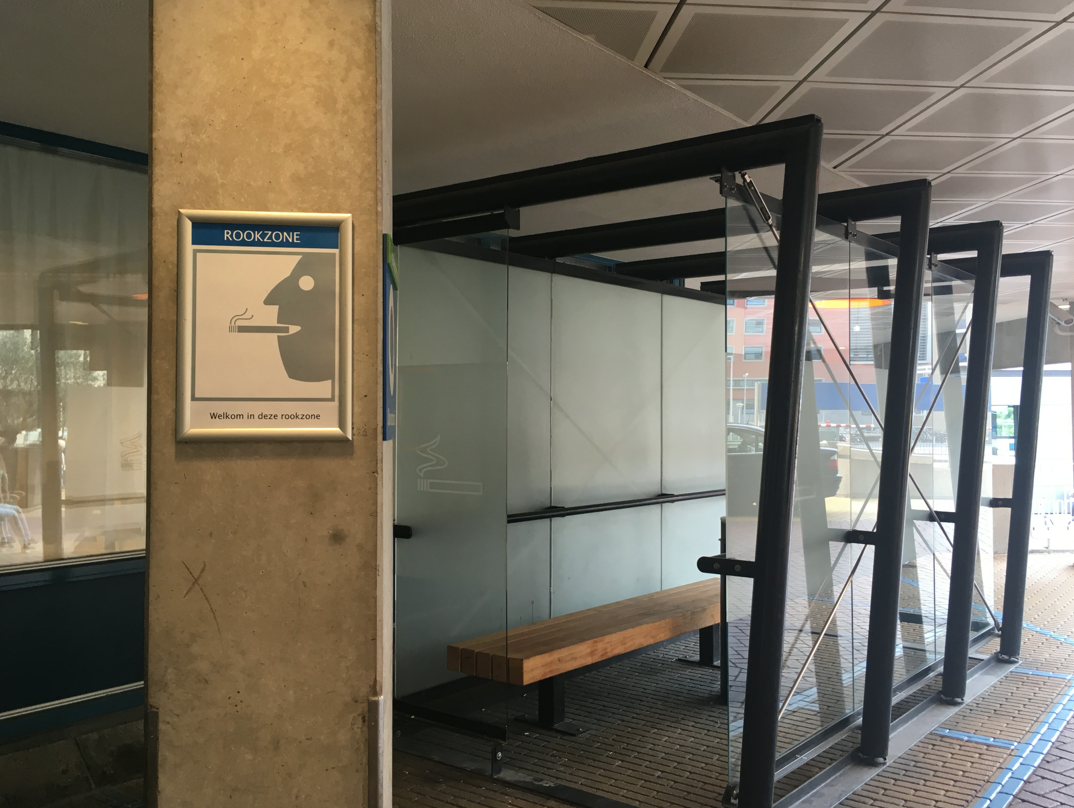 The smoking zone at the VU teaching hospital

One out of every four smokers dies before their 65th birthday, according to a new survey published by the Trimbos institute of mental health and addiction and the national statistics office CBS.

The study of the relationship between smoking and death involved 40,000 respondents aged between 20 and 80 from 2001 and 2006 and was based on their dates of death.

The research revealed that smokers died relatively young: 23% of heavy smokers (more than 20 cigarettes a day) never reached the age of 65. A full 11% of light smokers died before they reached 65 as did 7% of non-smokers.

The life expectancy of heavy smokers was on average 13 years shorter than that of non-smokers. Moderate smokers (fewer than 20 cigarettes a day) lost an estimated nine years, while light smokers who did not smoke on a daily basis had a five year lower life expectancy, the study revealed.

Stopping smoking pays off at all ages, the study revealed. Former smokers who stop before their 35th birthday have a similar life expectancy to those who never smoked. People who stop at 50, halve their risk of an early death. Nevertheless four out of every 10 people who die before the age of 80 are killed by the effect of tobacco.