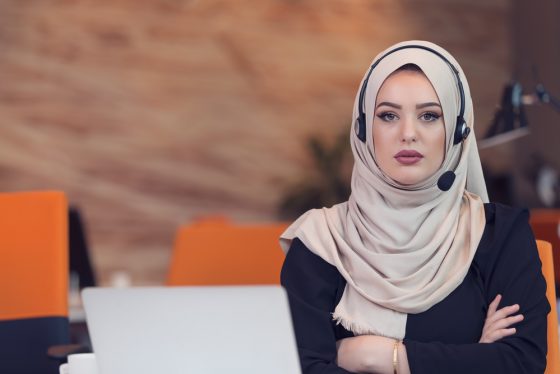 Dutch Muslims are among the European Muslims with the lowest level of attachment to the country they are living in, a major survey by the European Union Agency for Fundamental Rights (FRA) shows.

The vast majority of Muslims in the EU are integrated in the countries they live in and have a high level of trust in democratic institutions despite experiencing widespread discrimination and harassment, the FRA writes.

‘The figures are alarming although not every Muslim who experiences discrimination will be more open to extremism. But there is a danger they no longer feel part of society,’ FRA spokesman Friso Roscam Abbing told the Volkskrant.

According to Roscam Abbing, the fact that the survey took place between October 2015 and July 2016, at a time when IS staged a number of attacks and populist parties gained in popularity, may have intensified the experience of being discriminated against.

The survey also measured the level of attachment to the EU country Muslims live in on a scale of one to five. The European average is 4.4 but in the Netherlands the figure is only 3.4. Only Italy scores lower with 3.3.

According to FRA researchers, this may have something to do with the fact that North African Muslims feel to a greater extent that they are ethnically profiled by the police, the Volkskrant said.

Many EU Muslims also experience discrimination based on skin colour and ethnicity. Again the percentage is among the highest in the Netherlands. 65% of North African Muslims feel they have missed out on opportunities because of their colour or background.

‘The figures are embarrassing but there is an explanation for the Dutch numbers. Dutch Muslims are better informed about anti-discrimination legislation than other EU Muslims. They are assertive, and are more inclined to speak out about having been the victim of discrimination compared to other Muslims in the EU,’ the Volkskrant quotes Roscam Abbing as saying.