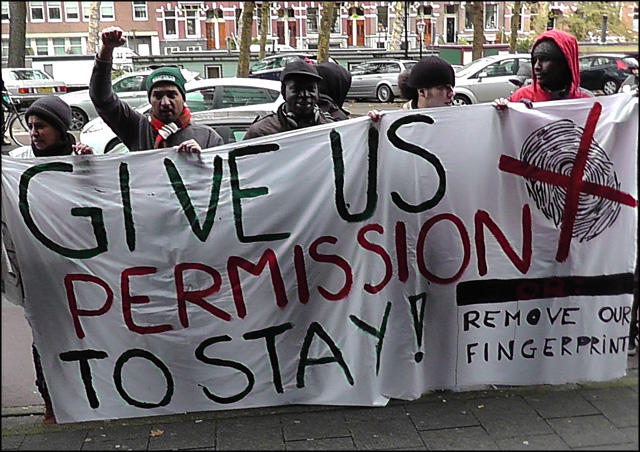 The four parties involved in trying to form a new Dutch coalition government have reached an agreement on what to do about rejected asylum seekers who can’t or won’t leave the Netherlands, broadcaster NOS reports.

Sources close to the talks say the parties have agreed to establish eight shelters around the country where rejected asylum seekers can live while arrangements are made to return them to their country of origin.

In addition, local councils will be able to set up their own shelters offering ‘bed, baths and bread’. They will not get any government funding for this but will not be penalised either.

The so-called ‘bed and board’ deal for people who have been turned down for refugee status has been a bone of contention within the outgoing government for over two years.

Around 25 local authorities have their own arrangements for housing failed asylum seekers. Junior justice minister Klaas Dijkhoff argues that allowing these to stay open would undermine the deportation system. He had proposed introducing fines for municipalities that continued to offer shelter.

There are also reports that the four parties have reached agreement on how to proceed with new ‘refugee deals’ with other countries, such as the one brokered between Turkey and the EU.

The parties have agreed that prime minister Mark Rutte can campaign for more such agreements but that there must be sufficient international support.

No agreement has yet been reached on the amnesty for child refugees.