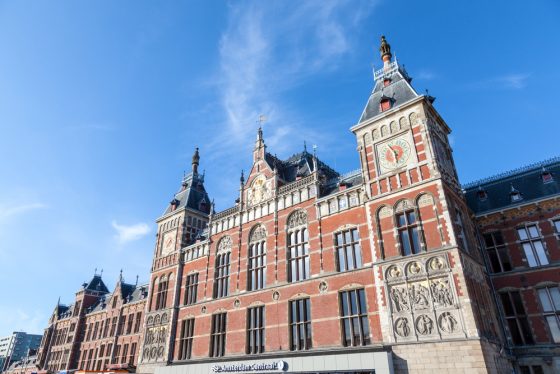 Dutch railway company NS has admitted to allowing advertisers to use billboards fitted with cameras to monitor travellers’ attention to the boards, NOS reports.

It now transpires that Amsterdam central station has 35 digital billboards which register how many people look at the boards and for how long.

According to Guy Grimmelt, spokesperson for the billboards’ owner Exterion, there are now hundreds of billboards with cameras. ‘We’re in the pilot stage and most cameras aren’t switched on yet,’ he told NOS.

Chances are they will stay that way, NOS writes. According to spokesperson Sandra Loos of privacy watchdog Autoriteit Persoonsgegevens, the use of the cameras may well be illegal.

‘Cameras in public spaces are generally not allowed to be used for advertising purposes,’ she told NOS. ‘We can’t say more than that because we are still looking into it. But we are talking to NS and if there is a serious breach of privacy we will take measures.’

Exertion says the privacy of the travellers is ‘guaranteed’ and that the images are not kept, and only used to count the number of persons and how long they look at a given billboard. ‘We call them sensors rather than cameras,’ Gremmelt told NOS, ‘although technically they are cameras.’

The cameras do not recognise faces, or register emotions, the company claims. But Loos says that even if people can be recognised even for a short time before the images are anonymised, it would still constitute a breach of privacy.

It s unclear how many of the billboards are being used at the moment. Travellers’ organisation Maatschappij voor Beter OV and civil rights organisation Bits of Freedom have objected to the boards.

‘This is a public space and NS is allowing its passengers to be spied on,’