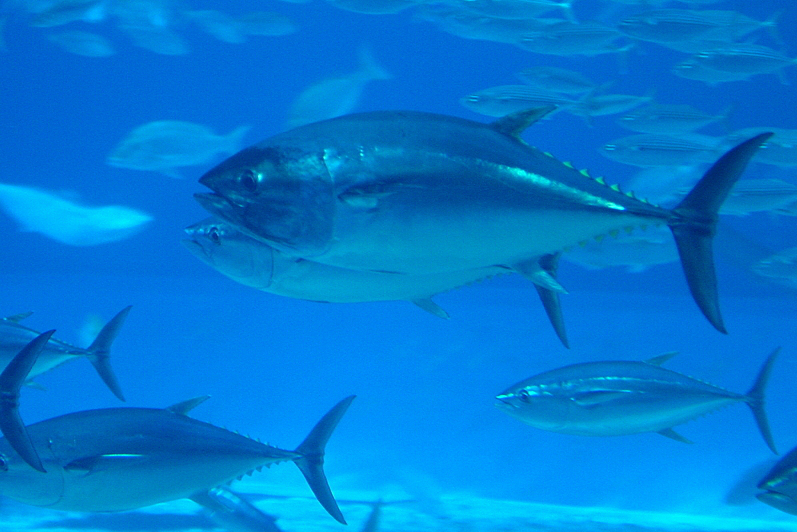 Bluefin tuna have returned to the North Sea for the first time in 50 years, raising hopes that they will soon be seen again in Dutch waters.

Scientists confirmed that the fish had been spotted off the coast of Scandinavia. The research team were given an exemption from a ban on fishing bluefin tuna so that they could fit satellite tracking devices to 40 specimens in order to keep tabs on their movements.

Bluefin tuna disappeared from the North Sea in the 1960s as a result of overfishing. They are the largest species of tuna, growing to up to three metres long and weighing as much as 680 kg.

Experts said it was unclear why the fish had returned to the North Sea, but speculated it could be the result of either global warming or an increase in the numbers of smaller fish that bluefin tuna prey on, such as herring and mackerel.

The research is expected to last two weeks, though it may take up to a year to process the data from the satellite tags. ‘We’ll be able to see exactly where the tuna have been and where its main food sources are. That will allow us to come up with good conservation measures,’ said Ingvild Harkes, project leader in the Netherlands for the WWF.