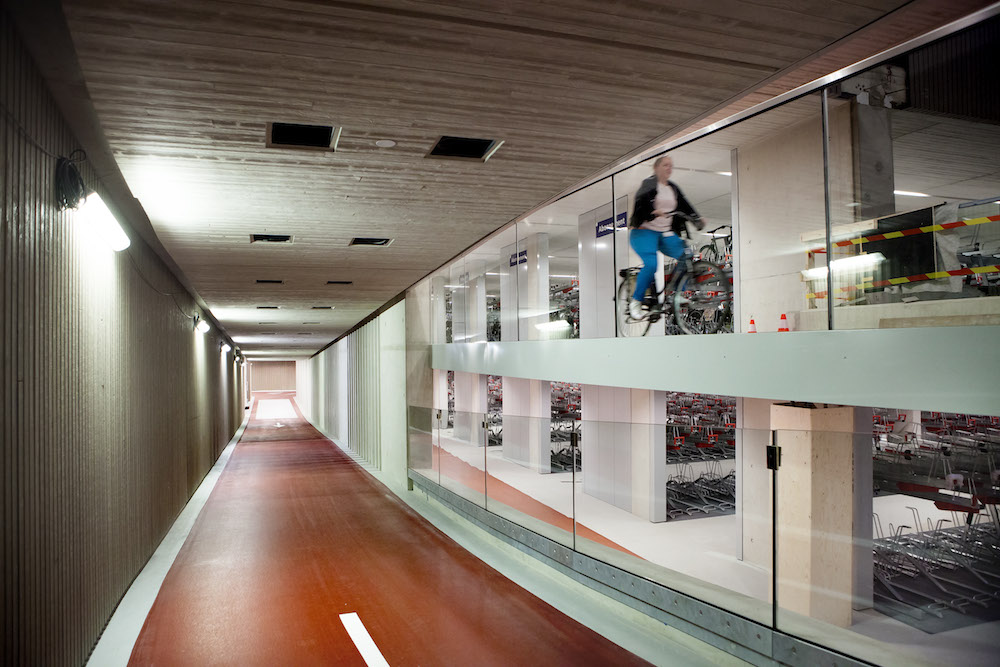 Users can walk straight through to the railway platforms. Photo: Maarten Hartman via HH

Part of the world’s biggest underground bike park opened next to Utrecht’s main railway station early on Monday morning with space for 6,000 bikes.

A further 1,500 places will be added by October and when the second space opens next year, it will have total capacity of 12,500 bikes. That will make the Utrecht project the biggest underground bike park in the world, the city council says.

According to the AD, Tokyo holds the current record with a bike park which has space for 9,400 bikes.

In The Hague, a bike park for 8,500 two-wheelers is due to open next spring.

Saskia Kluit of the cyclists’ union Fietsersbond estimates 180,000 places will be needed. ‘We can see already that they are being used increasingly on a daily basis… we need to take steps to solve it,’ she said.

National, provincial and local governments must all work together, draw up proper plans and make cash available, Kluit said.